The Swedish mission and a tour of the UN headquarters! Monday 26th

We started our day at the Swedish mission to the UN. It is situated in 1 Dag Hammarskjöld Plaza, which happened to be in the building right across the street from our hostel. We were warmly welcomed by Inga-Lena Bengtsson, who had been working at the mission for over twenty years as an administrator. First, we were given a presentation about the mission and what it does. In their daily work, it is to observe and negotiate on the behalf of Sweden in a lot of meetings, including the General assembly.

Sweden is currently a non-permanent member of the security council for a two-year term, 2017-2018. So, at the time of our visit they only had a couple of weeks left. Inga-Lena also told us about the process of being elected to the security council and how they worked with the campaign. The campaign actually started in 2004, but was not until 2016 that Sweden got elected.

It was very interesting to hear what a relatively small country like Sweden is able to contribute to the security council. Sweden has focused on a lot of different topics, including feminist foreign policy and climate issues. Two areas that has not really been represented in the security council before. During our meeting, we also got to meet Ola Sohlstrom, who is responsible for migration and refugee issues. Afterwards there was some time for questions. According to me, this was one of the most interesting meetings this week.

After the meeting at the Swedish mission, we headed towards the UN Headquarters for a public tour. It was definitely a fun experience to see the building from the inside. Our guide was great, and she told us about UN in general and also showed us around in the building. After the tour, some of us also went to the souvenir shop where you could find everything from books to umbrellas and T-shirts with the UN logo.

For lunch, we went to a place called Xi’an Famous foods, situated in Midtown. A place I would really recommend if you like noodles!

In the afternoon, we did not have any meetings. Some part of the group went to see the 9/11 memorial in downtown. Close to the memorial you can also go to the 9/11 museum, something I would really recommend. Me and Jonna went to Whitney Museum of Modern art where they had an Andy Warhol exhibition. Still a bit affected from jet lag, we decided to go to a cinema called “Niethawk” in Williamsburg later in the evening. Williamsburg is a very nice area for food and drinks. This evening we got home quite early to get ready for the day after! 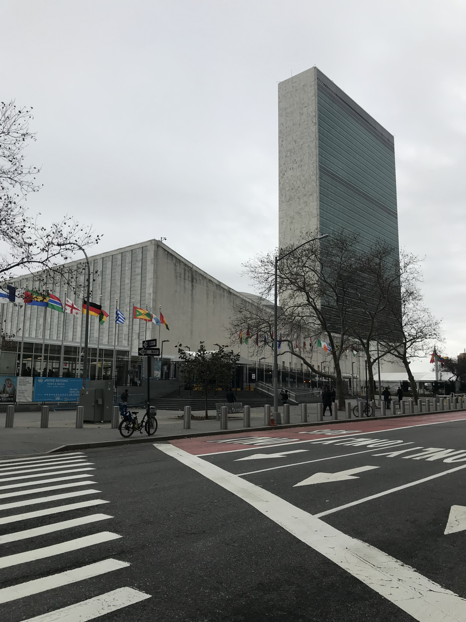 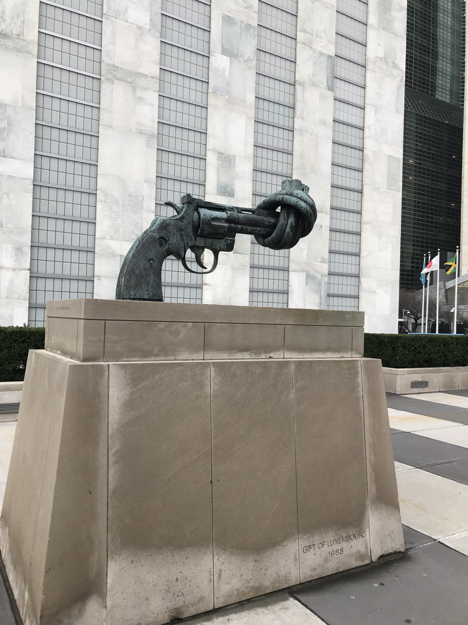