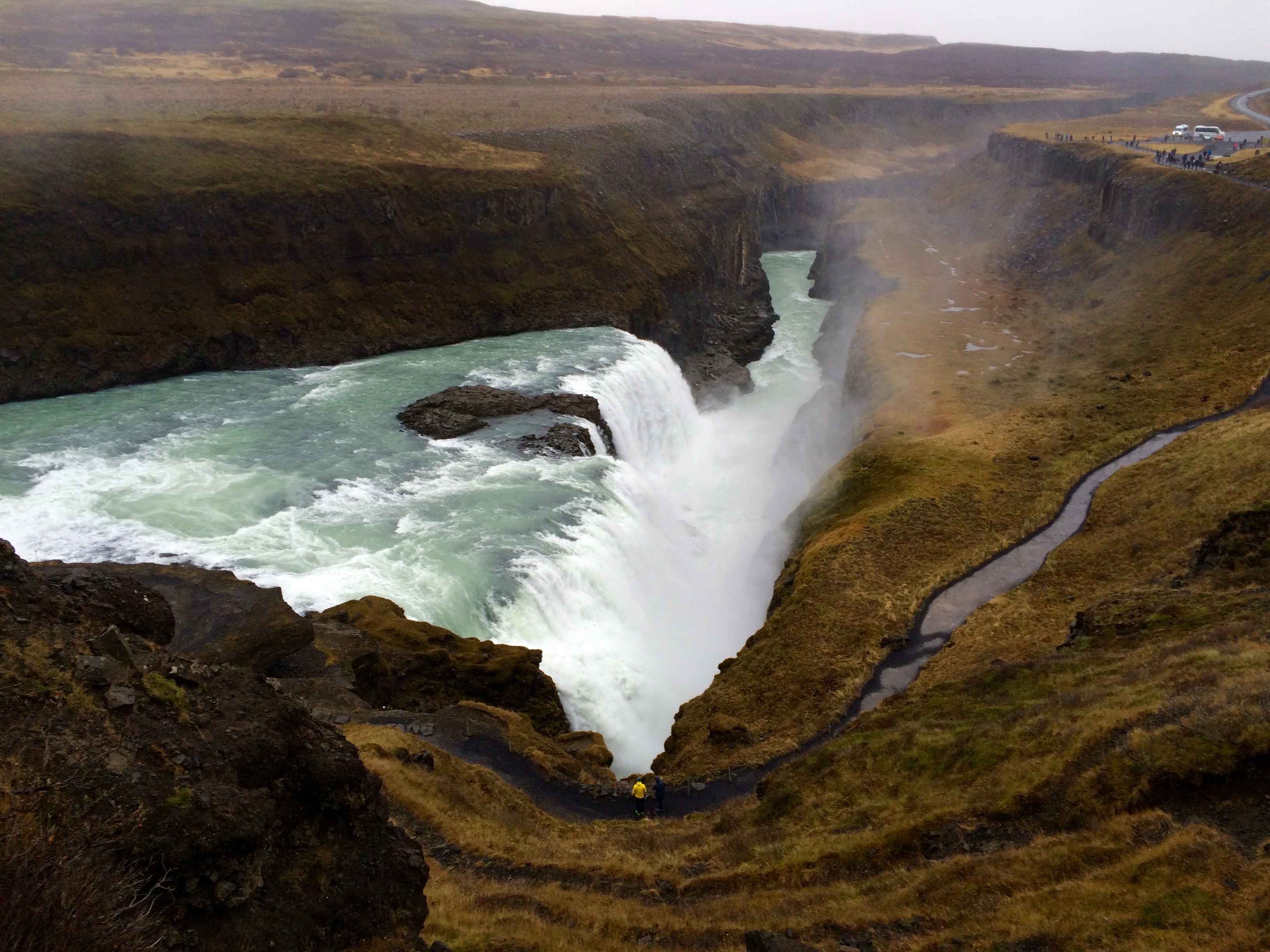 Yesterday we decided to take a guided tour, known as the Golden Circle Tour. We toured several of Islands must-sees, such as the Geyser fields, Gullfoss waterfall (“Golden Falls”) and Thingvellir National Park. We also had the privilege of seeing some of Icelands not-so-much-sees, in our case a family company specialized in tomatoes.

After a bit of an anticlimax at the tomato greenhouse, we headed to the Geyser fields. Apart form the distinct smell of rotten eggs (which has been more or less constantly present during our trip), it was a fantastic experience. Well worth the visit!

After a quick lunch, we headed off again, this time to Gullfoss, a famous waterfall. According to the legend (and our tour guide), a man desperate not to lose his property threw everything he owned into the waterfall, praying that the spirit of the land would keep it safe. As the story goes, his treasures turned the waterfall golden.

Just in time for the rain to start, we arrived at Thingvellir National Park, which was the location of the first Icelandic parliamentary session in 930, known as the Althing. The park has been made a world heritage site by Unesco, and is situated between two continental blocks (the american and the eurasian). The continental blocks are constantly moving away from each other, at a rate of about 5 mm a year. And apparently, most of the famous Swedish film “Bröderna Lejonhjärta” was also filmed there!