Business and pleasure in DC 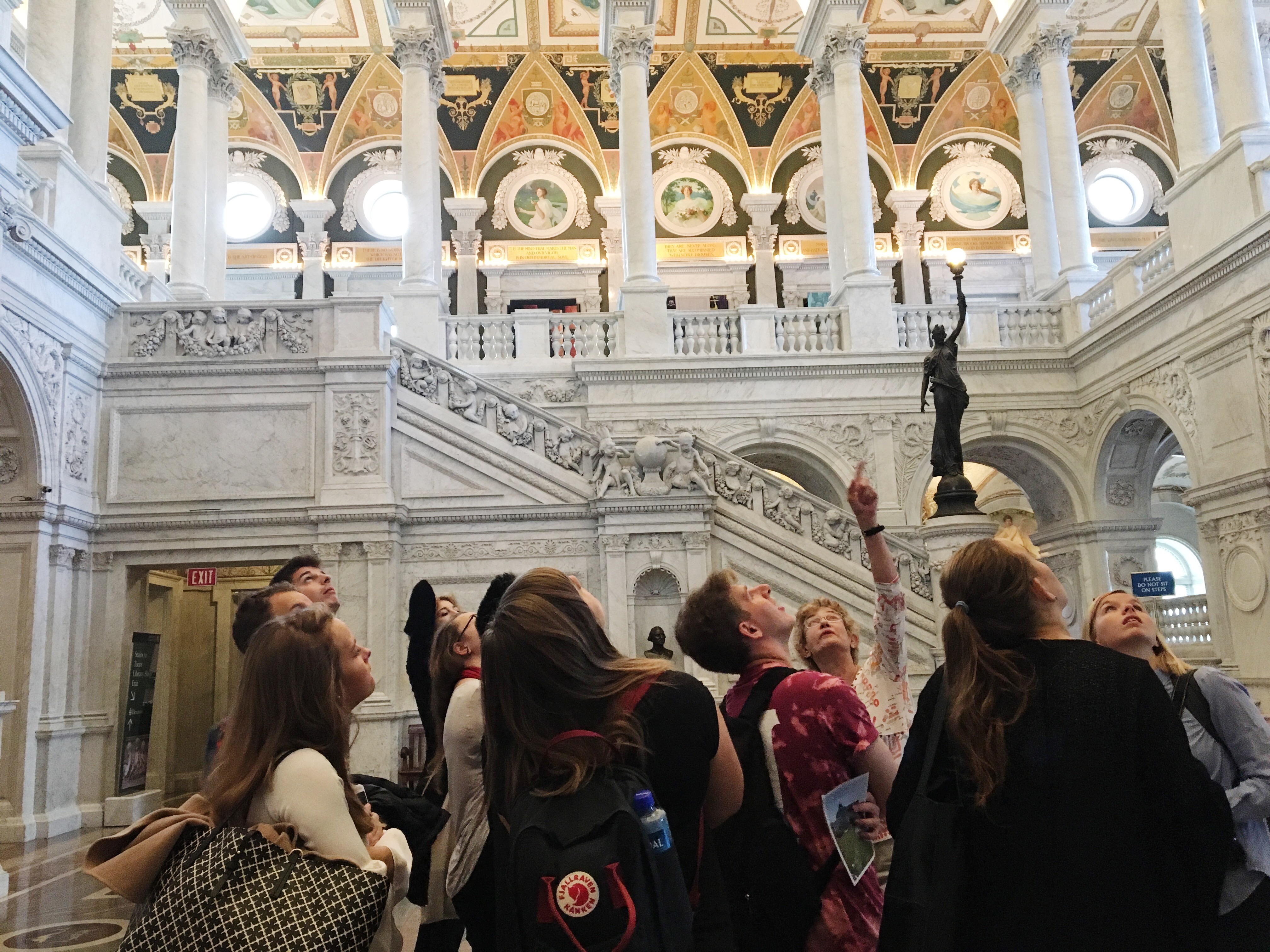 Being in D.C. for a couple of days now have truly been a thrilling experience and this Monday was no exception.

The day started of with a guided tour in the Library of Congress. Even though we have seen countless buildings and memorials in various parts of D.C., the Library of Congress really did stand out with its seemingly flawless architecture and design (which I guess you have to considering that this is, after all, the temple of knowledge). We were greeted and guided by a senior woman that had enough enthusiasm and energy to fill the whole library and an equally big, if not bigger, knowledge of the library itself. As we went down memory lane of the library’s history, it is astonishing that the library started out with President Jefferson’s private book collection of over 6000 volume and now the library receives around 8000 new books, magazines etc every single day. As our guide showed us all the countless mosaics, sculptures and paintings of various philosophers, statesmen, and heroines, and, naturally, the library itself, it really gave the impression that the Library of Congress is indeed the center of knowledge in D.C. and the US. By other words, it was an awesome tour!

After the Library of Congress we visited the AAUW, American Association of University Women, at their D.C. headquarter. We had the pleasure and privilege to be greeted by the President of the board of directors, Kim Hinton. As a charismatic and headstrong leader she provided a great insight and understanding for what the association stands for and how they work to influence policy-making in Congress concerning various issues related to women. In the light of the election, it became clear that the new political landscape and atmosphere will indeed shape, for better or worse, the prospect of new reforms and opportunities for women at large. As an association who has worked for women’s rights since 1881, their work and progress has been incredible in so many aspects. Least to say the visit made one understand just how important role they play in the American society today and what challenges lay ahead. 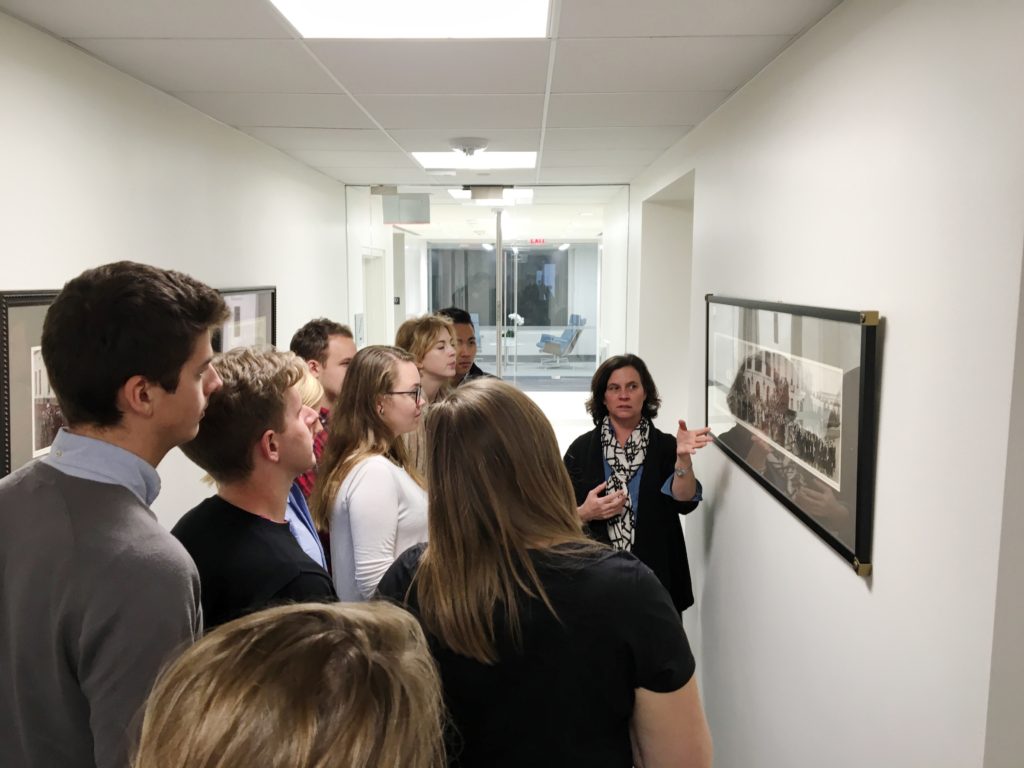 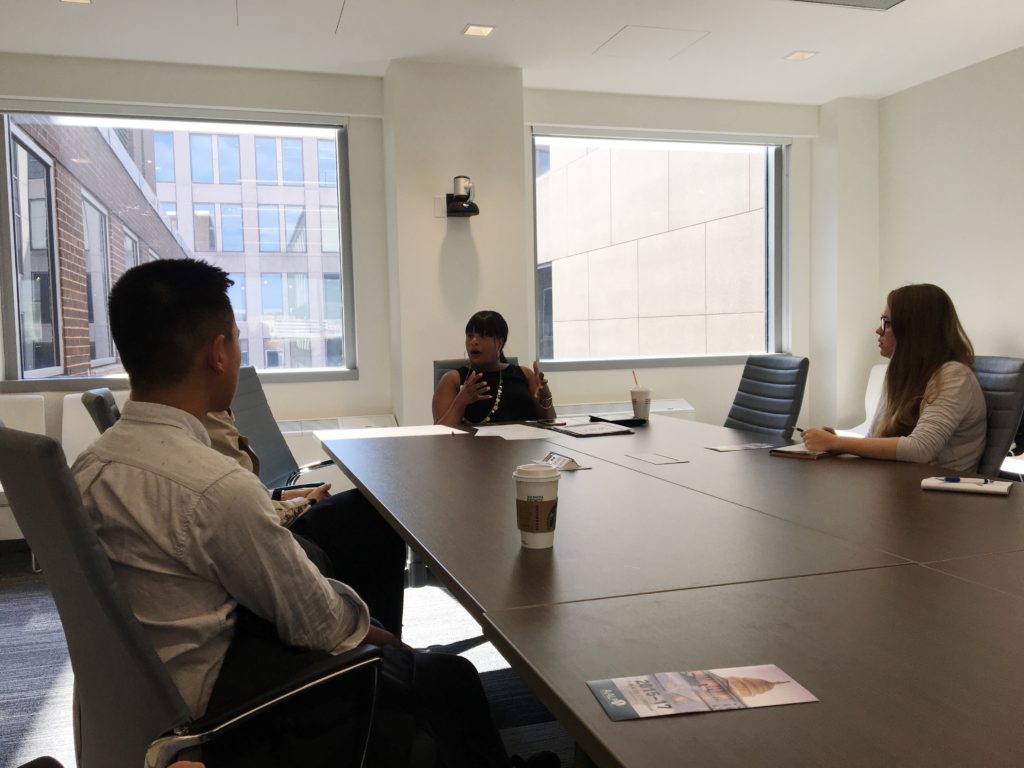 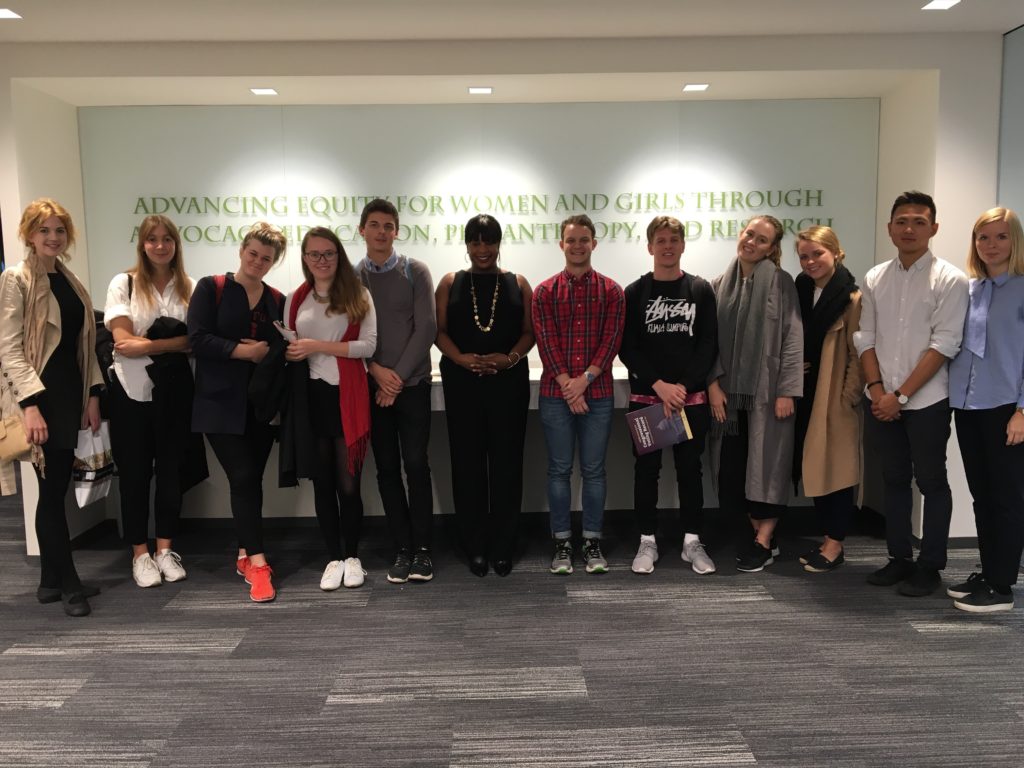 After a fast-food on the go lunch we took the metro back for a guided tour in the heart of American politics – the Congress. Going through the security checks, which by now is a habit, we enter the Emancipation Hall and with happy faces and an eager to learn we started our tour of the Congress. A palpable sense of patriotism was, as expected, ever present which of course was seen in so many various aspects; everything from flags, paintings and sculptures to small blocks of marble. The building was however impressive and interesting in many ways and it gives an image how the political life looks like in the US. We also got the opportunity to visit the senate, but sadly no senators were present due to the election. However, and yet again, it provided an image how decision and policy-making is being discussed, implemented and enforced which was as interesting as the tour of the Congress building. 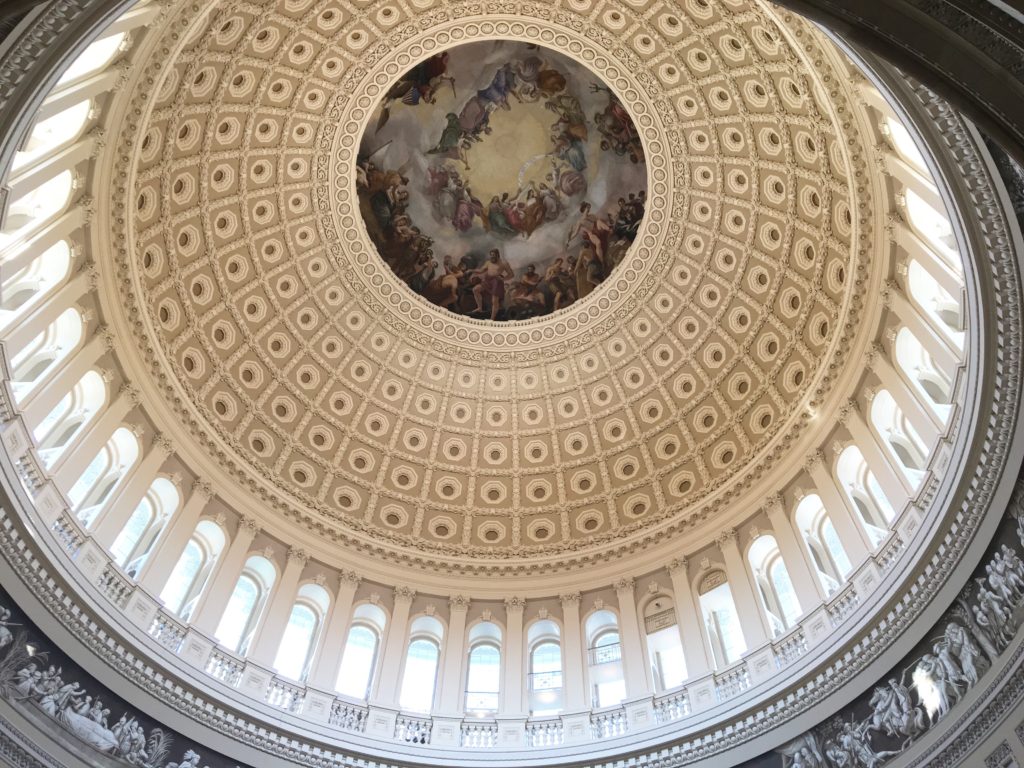 To sum up the day we went to Busboys and Poets, which we had visited a couple of days before. Besides enjoying the atmosphere, eating dinner and, yet again, browse the bookstore, we had come to listen to a book talk about interracial and equality issues. The talk surrounded Phoebe Robinson and her book “You can’t touch my hair and other things I have to explain” which discusses some of the subtle and straightforward issues people of color, and especially women, face in every day life. One of the most interesting part of the book talk was how Phoebe was able to conjure a relaxed and, least to say, humorous environment but without deviating from the course of telling her story and experience of interracial issues.

By the end of this adventurous day, we all left with smiling faces, filled stomach and a longing for what the next day of the trip would have to offer.

This post was written by Fredrik, Head of the Travel Committee.