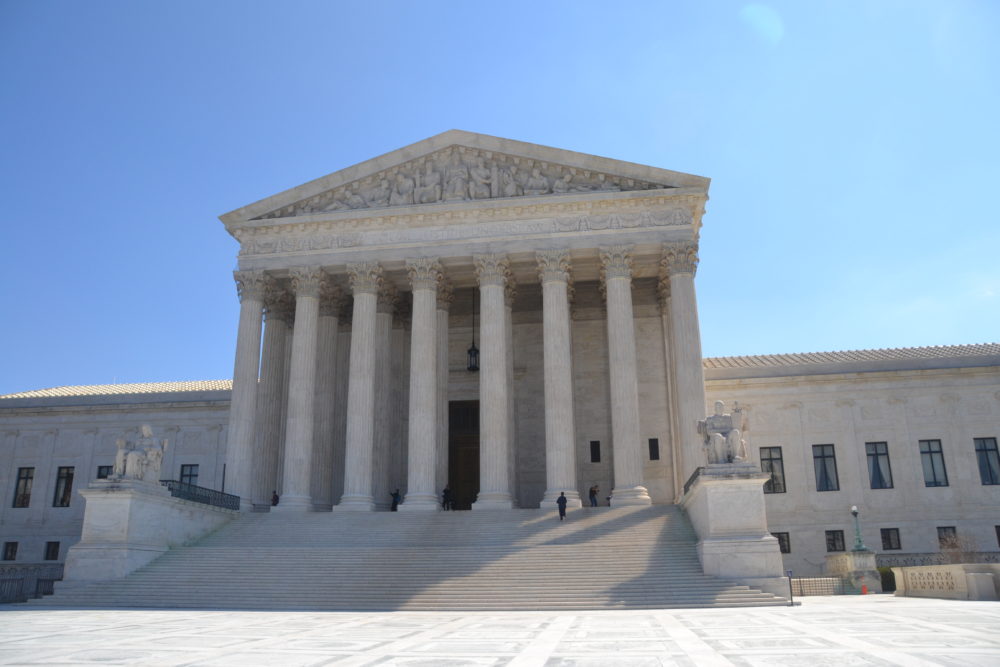 The election and D.C. haze continues! To find out more about what the UPF travel group can expect in October, I (Julia Bergström) meet up with Jake Kaplan, an international affairs student at American University in Washington, D.C. Jake left D.C. to study in Hong Kong at the end of August, and though he likes Hong Kong, American University is to him an ideal place to study international relations. We meet on the rooftop of Shaw College: in a city of 7 million people and a campus of 20 000 students, one has to be creative if one wants privacy. I kick away a few beer cans, thinking that the reason we’re up here is very different to why others come to this rooftop. No use in dwelling on what students do when nobody sees, though; I get straight down to business and start the third degree interrogation with my American friend.

What is the general feeling about the election in DC?

– Interesting, to say the least. DC tends to lean towards the Democrats. Last time I was down there, people were still hoping for Bernie Sanders and I can only imagine what it’s like there now. I am actually curious to see how Gary [Johnson] does. But there is definitely a strong Hilary-liking back in DC. 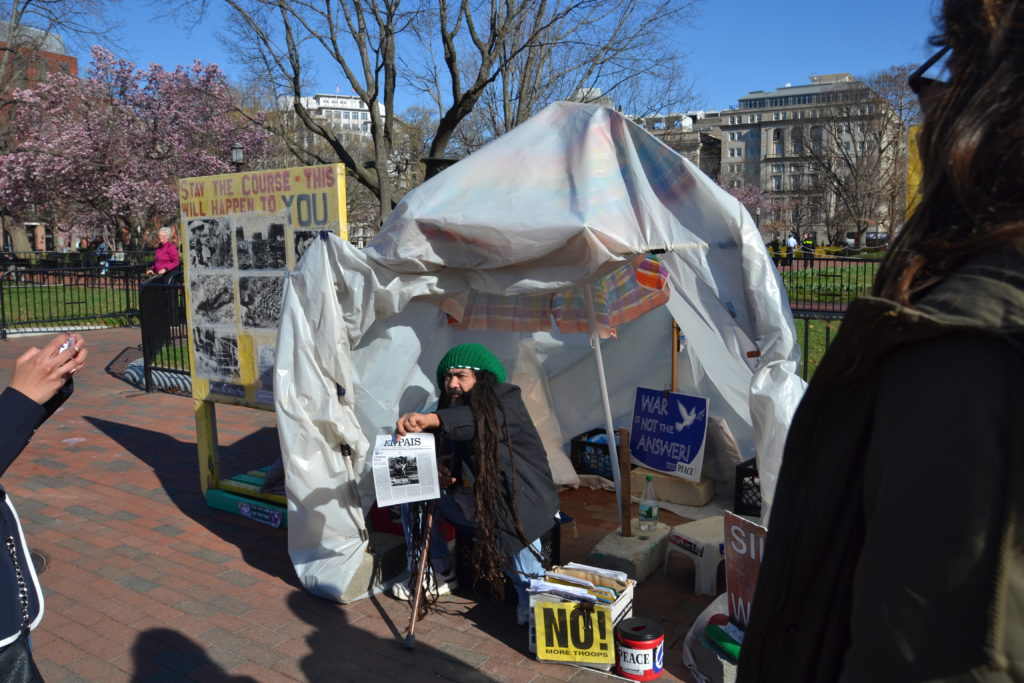 April 2014 – Julia visited Washington D.C. and got to see politics on all levels

As you might expect, the people of Washington D.C. are very political, and the AU students are no exception to the rule. They are at the top five on the list of most politically active students in the country.

There are a lot of people from my university who do internships at the senate, the White house and all sorts of various lobbying groups, NGOs, IGOs and any other three letter acronym you can come up with. [D.C.] is a very politically active place and AU in particular is a political hotbed.

So you have a lot of opportunities for networking and getting politically active?

– Yes, that’s why people tend to pick the school

Why did you pick it?

– I picked it since I study international relations, and I couldn’t rationalize studying at any other place in the US that wasn’t Washington D.C. And of course, they gave me a scholarship to go there.

Trick or treaty: the ultimate celebration

One of the best things about being a student in Washington D.C. is – quite surprisingly – Halloween. When talking to Jake before, I have heard him mentioning it briefly and feel the need to ask more about it. Why is Halloween in DC so amazing for an IR student?

Can you go into the embassies when you’re not Embassy Road trick or treating?

– Depends. If you’re a citizen of the given country, definitely. If they’re hosting an event, a lot of the times, people will go. But other than that, I can’t just show up at the Russian embassy and expect to be received, but the embassies constantly do conferences and other events. It’s a lot of fun.

I can’t help but to feel slightly disappointed. I thought it would be even easier to network with the embassies in D.C! So I feel the need to ask:

How do you best network in DC?

– Go to the events at embassies or think tanks, mix with people. You talk to people, and every now and then you bump into someone really cool. I know people who ended up talking to senior staffers to senators. Fast forward a couple of months and they’re working at that senatorial office. Or, a couple of years ago I went to a Christmas party and ended up talking to a retired star general who was there. And then, when he started coming to my university, I started sitting down and talk to him. So you form a relationship that way, you just talk to people. Or you go to an event, you get a business card and you reach out while you’re still memorable. Maybe a tenth of the times it develops into something.

So it’s all about being memorable when you meet important people. As a student of strategic communication, I draw a sigh of relief – my two passions, communication and foreign affairs, do after all go hand in hand. But do you stand a chance in D.C. if you’re not an American citizen? Of course, we have dr. Kissinger to look at for inspiration, but what about the rest of us, the regular mortal people? Jake laughs slightly.

Henry Kissinger is unfortunately the exception rather than the rule. But what’s open to one person is open to anybody. In certain cases I feel like the international students even have a legs up. As far as doing things for the US government, it’s definitely harder for them, especially since a lot of the things require security clearance, but you tend to be more wired into your embassy or your regional events. So maybe, if you’re from Latvia and something is going on at the Estonian embassy, you’ll know before everybody else. But as far as the private sector goes, the network opportunities are equal. Anything that’s open to the students, the international students have the same opportunities. 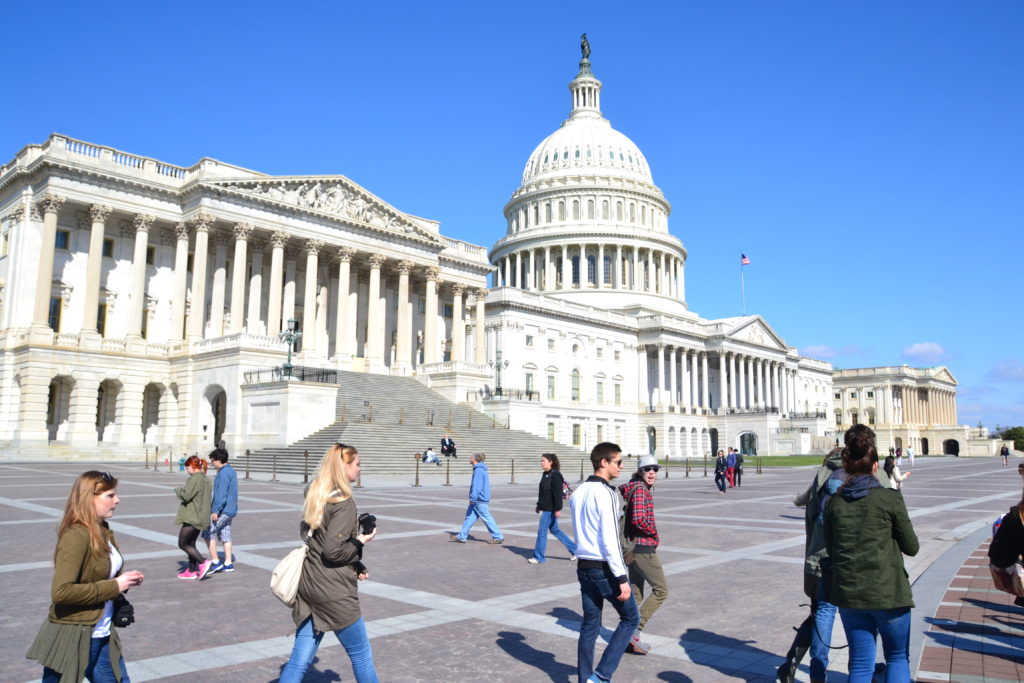 I hesitate slightly at my last question. It could be answered by reading Lonely Planet, but when it comes to great places to visit, asking locals is usually a wise move. So I decide to ask: what are the things you shouldn’t miss in D.C?

– I’m a history buff, so, Smithsonian you need to go to because they’re some of the best museums in the world and they have free entrance, so you can just wander about. In particular, I’d say Air and Space because they literally have a Lunar Lander in the museum and it’s an amazing museum. Botanical Gardens are a lot of fun if you’re trying to do something different. Hit the National Mall and try to get a tour of the Capitol. It’s free for university students. If you’re a history buff especially, Washington DC is an amazing place to be in.

I am about to thank Jake for putting up with my questions, when he quickly adds:

No matter where you are in the world, no matter what you’re doing, there is always one bar that you have to go to. I think that’s a conclusion as good as any.