Our third day in Rabat 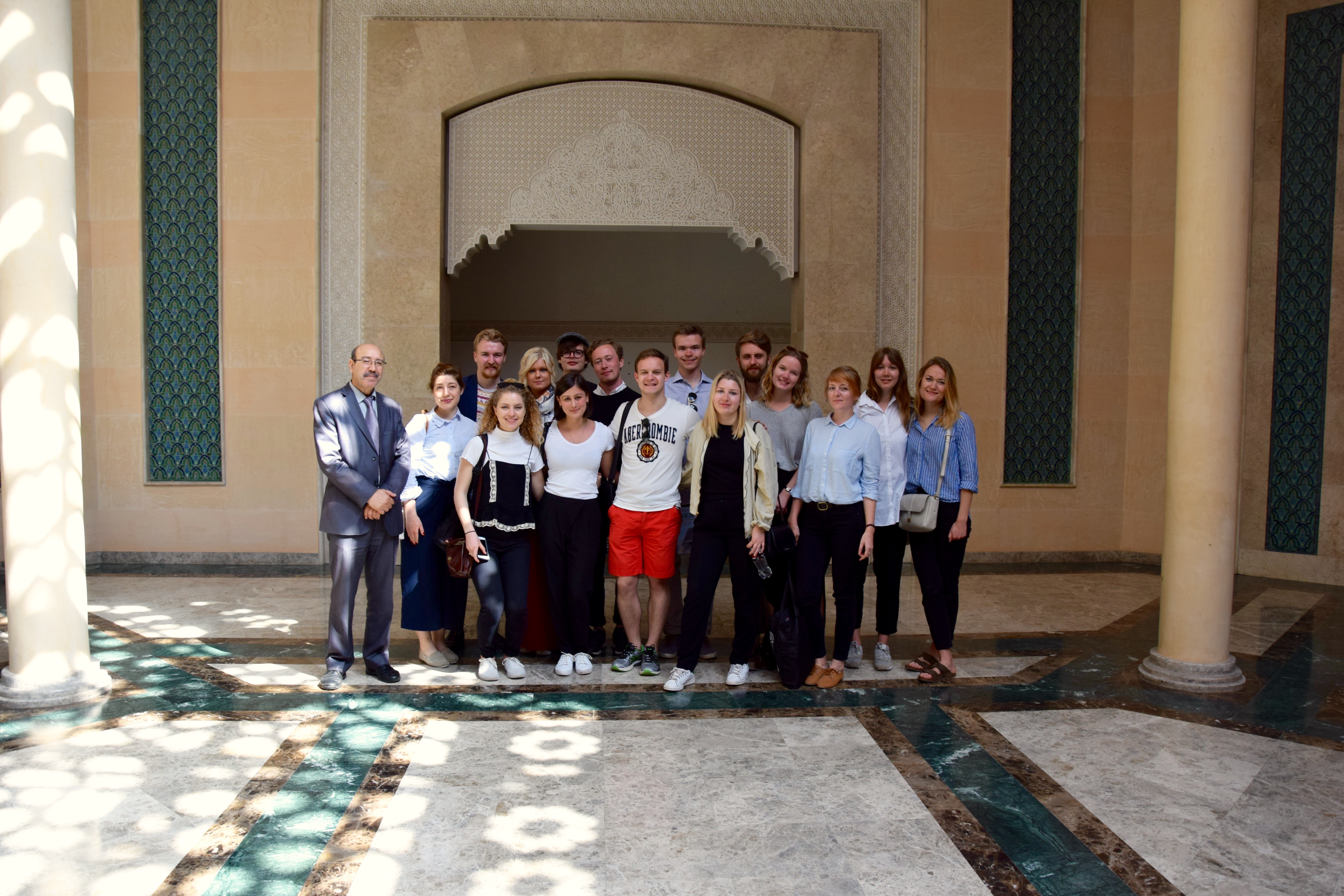 Our third day in Rabat started off with a morning meeting with the organization ISESCO, a member organisation for Islamic countries that works to continuously promote education, science and cooperation over the borders.  The department in Rabat happens to be the head-quarter of the organization, so we were all mighty impressed by the grand building and offices. The meeting were very informative and thought provoking, one special point of interest was the fact that the organization on a yearly basis selects one ‘cultural capital’ for each of the regions of Africa, Asia and the Arab world to highlight the diversity between  the member states, and what they have each contributed with to the country, region and the Islamic culture. 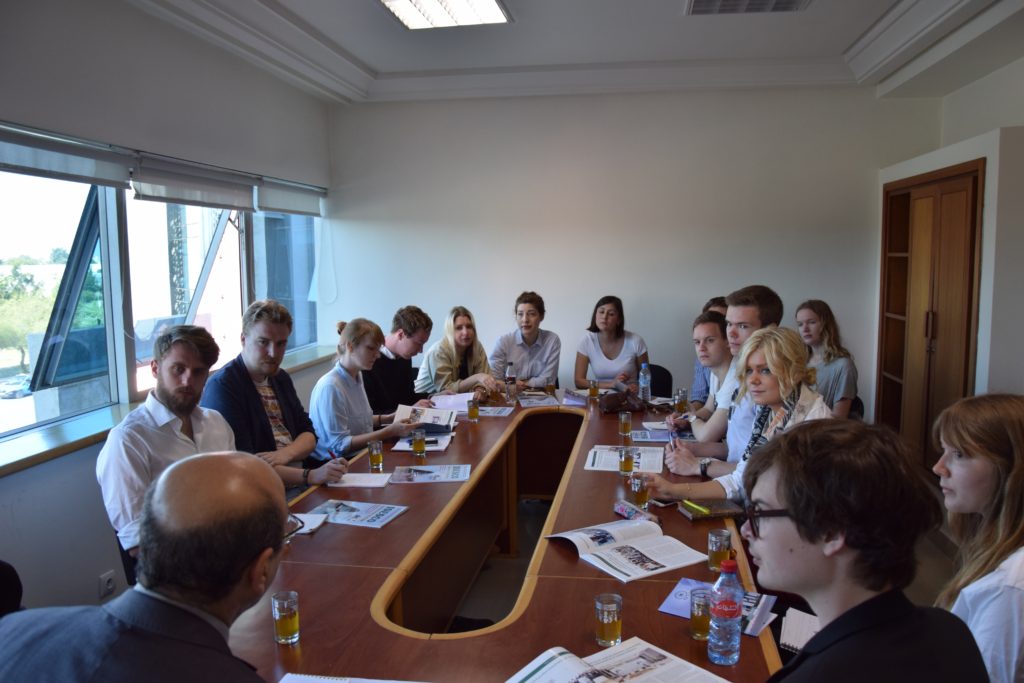 After the meeting with ISESCO it was time for us to meet up with the United Nations Development Programme (UNDP). We had all worked up a real appetite so first we decided to satisfy our hunger by trying out a local speciality – Pizza Hut!
When we arrived at UNDP’s offices  were greeted by wonderfully enthusiastic people who were quick to offer us coffee, tea and a variation of Moroccan snacks. We then began to indulge in a seminar about how the organization operates in Rabat and all around in Morocco, with a big focus for us on developing extended knowledge about how they work towards fighting poverty and to build on democracy. A recurring theme was the strive to work for a more equal society and the  promotion of women’s rights. No doubt that the seminar was a very inspiring thing to take part in. 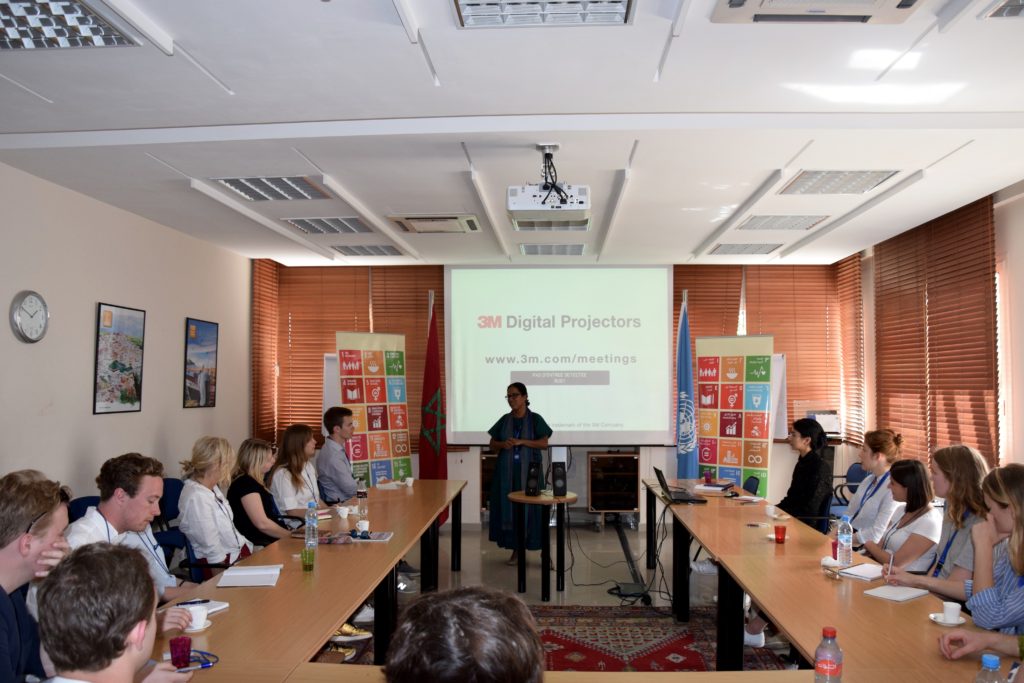 Following our visit with UNDP, we embarked on a mission to the International University of Rabat. We were aware that the university was on the outskirts of the city, so we had left ourselves a significant amount of time to get there. Our mission did not go as planned – the majority of the group ended up at a completely different university with a similar name! While five of us made it to our destination, the rest of the group remained in the Medina. We were warmly welcomed to university with the external relations coordinator, a professor, and a variety of students from multiple disciplines. We discussed our experiences at Lund University and our impressions of Rabat, and we learned about the students’ experiences at their university. It was eye-opening to compare and contrast the cultural and academic differences between the schools, as the International University is a newly established (and very Westernized) institution, and therefore very different to old European universities such as Lund University. It was most interesting to gain the perspective of students our own age, especially in regards to anti-Muslim sentiments that are so pervasive worldwide, as a result of widespread political disorder and extremism. They were open to any and all discussion and were eager to hear our perspectives. After a quick campus tour and mingling with several students, we were on our way back to the Medina. 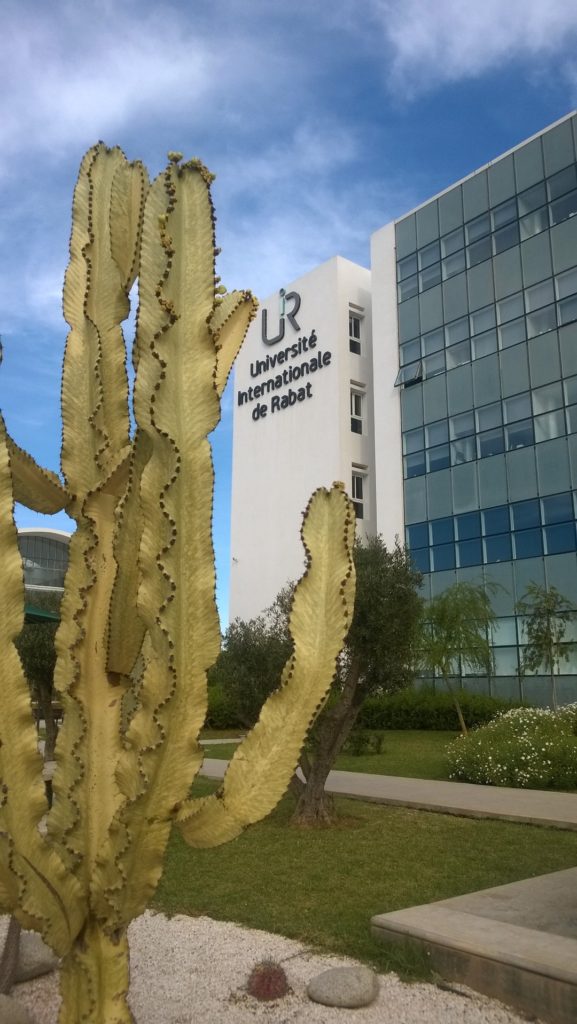 Our last evening was full of market exploration, laughter, and great conversation. We collected a variety of foods from the market and ate together, once again, on the roof of the hostel – and our choices did not disappoint! We then made our way down to Le Dhow – the popular “Bar on a Boat” (which looked like a pirate ship) in the harbour, which seemed to be a popular hangout for both locals and tourists. We reflected on our time in Rabat and our individual travel plans for the future. It was a lovely way to end the trip and a relaxing wind-down after an action packed day!

This post was written by Maximilian and Genevieve, members of the Rabat 2017 travel committee.