Our first day in DC 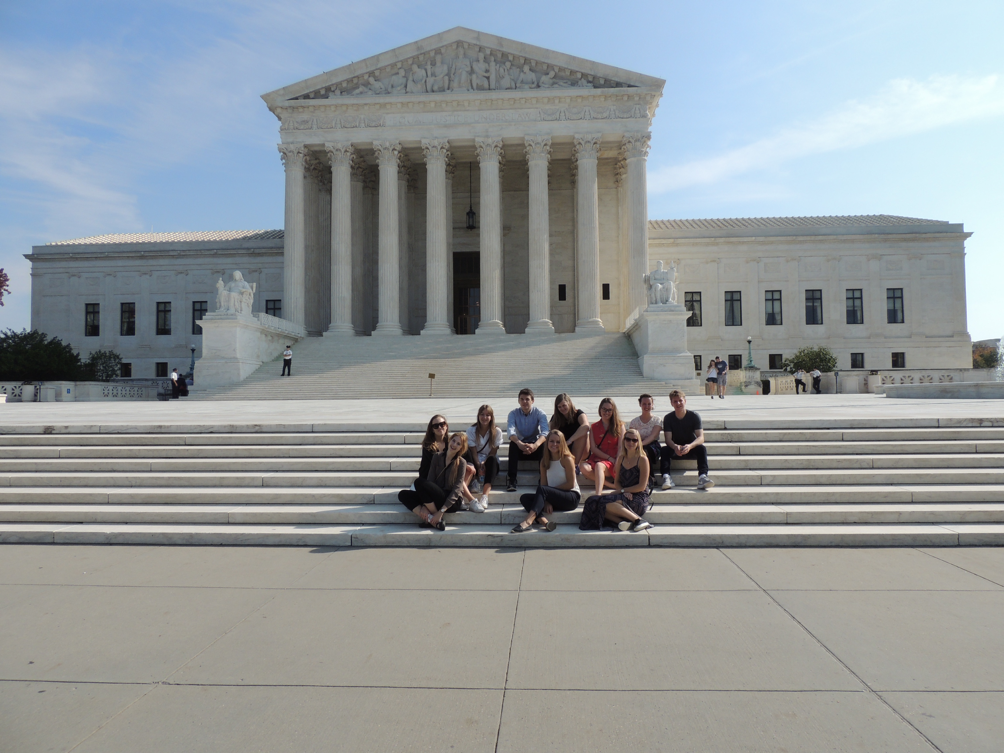 Our first day in the US capitol started off at the rooftop of our hostel, right in the middle of the bustling city. The sun was shining and the light made it feel like autumn even though the temperature was closer to 20 degrees. Over a breakfast consisting of one too many pancakes and black coffee we talked about the plans for the day. After this particularly pleasant morning meeting it was time to head out and see what Washington had to offer. On our way to our first destination, the Supreme Court, we got our first real glance at downtown Washington; the street system was conveniently logical, the surfaces polished and the buildings impressive. Just by looking at the surroundings we all became even more excited than we had been before. 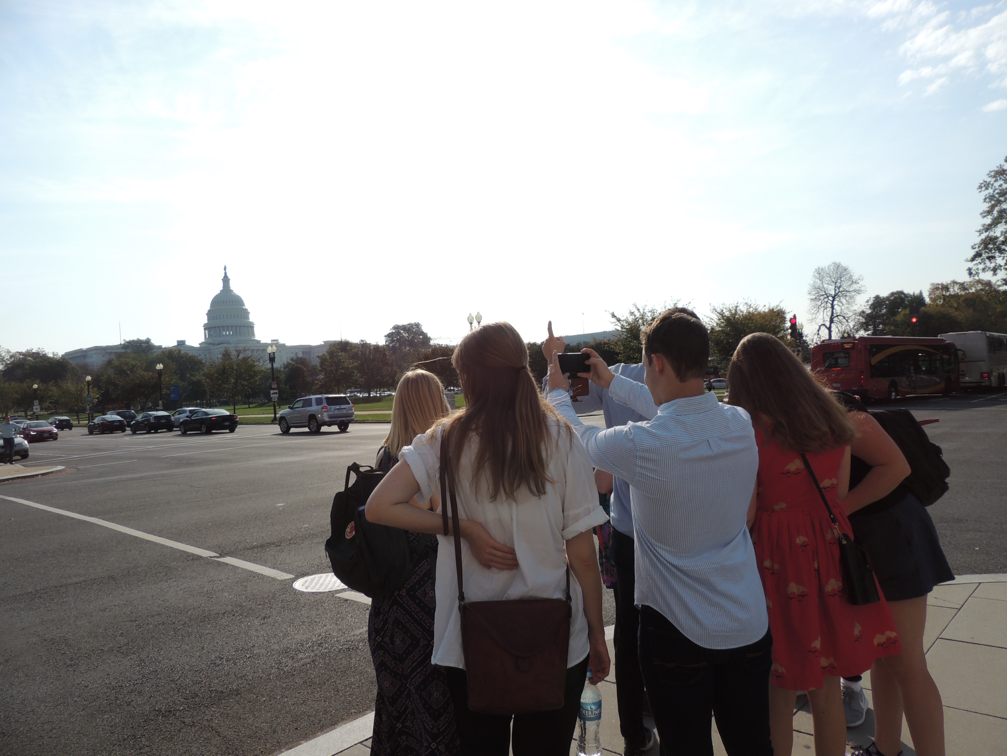 We arrived at the Supreme court and found our way into the majestic court room. The travel committee along with about a hundred American high school kids sat down to learn about the American judicial system, how the supreme justices are appointed and the history of the building. Among other things we learned that even though the architecture of the supreme court took its inspiration from the antique it was actually constructed during the the beginning of the 20th century. After an exit through the gift shop, where an impressive amount of supreme court coffee mugs were purchased, we were on our way again.

In smaller groups we went on to explore the different museums at the Smithsonian, we visited the Museum of American History, the Museum of Natural History and the Museum of Native Americans. When we met up afterwards for lunch we concluded on the fact that Americans know how to create interesting and informative museums, but they can’t seem to do it without quite a dose of patriotism… 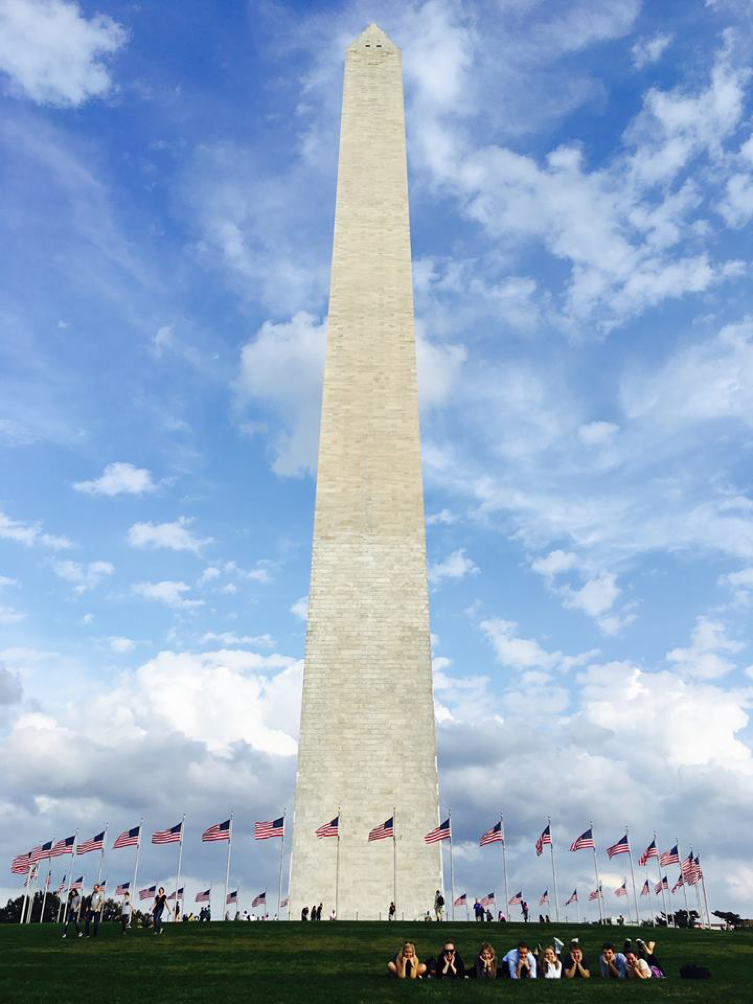 We ended our day by visiting the Ronald Reagan center where the World Affairs Council held a lecture. The lecturer was Talmage Boston, a lawyer from Texas, who spoke about presidential leadership and what a qualities a president, or any great leader, should posses. He had built his ideas around ten points (commandments) which he presented to us very vividly. When creating these commandments he had interviewed historians about former American presidents and their greatest qualities in regards of being a good president. The work resulted in a book and also in the lecture we had managed to find our way to. Talmage Boston was very charismatic and caught our interest in spite of us all being jet lagged. But we agreed on the fact that he idealized the former presidents without problematizing or discussing the context in any broader perspective. 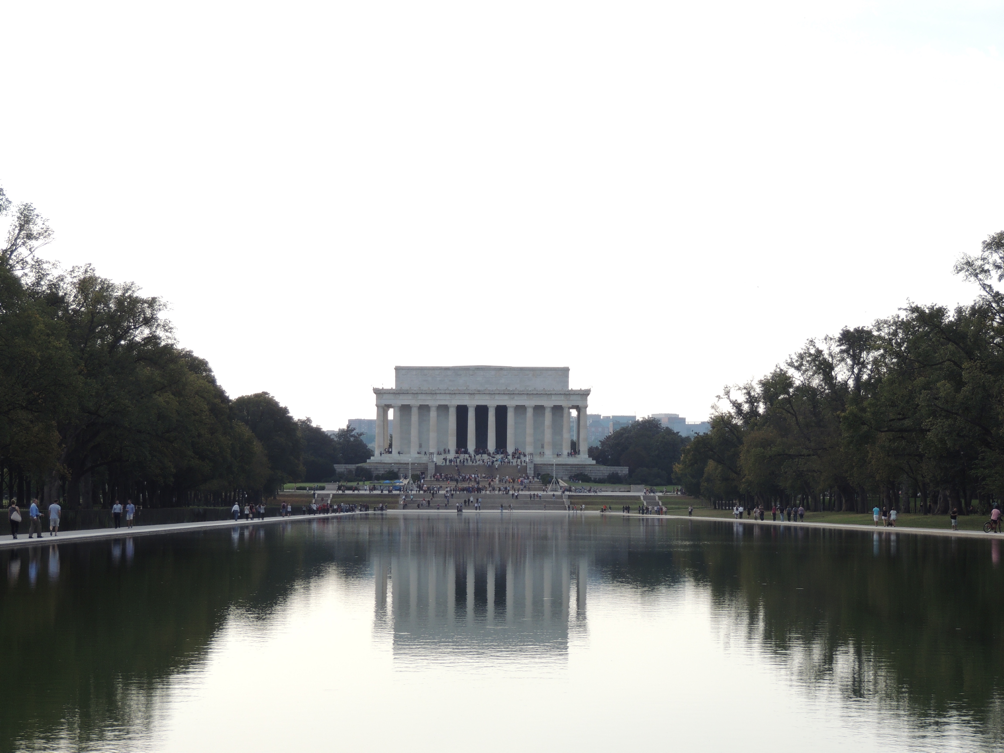 All in all our first day gave us a lot of different impressions. You really felt that you were in the presence of global power and could only wish that you knew what was going on behind all the perfect facades. We were off to a great start on what would end up being a very exciting week.

This post was written by Tove & Olivia, members of the UPF Travel Committee