Human rights in NYC and the EU representation to the UN! Thursday 29th

We kicked off our day with a meeting at the Commission on Human Rights. The Commission is the city’s agency to enforce the NYC Human Rights Law – the city’s own civil rights law, and one of the most comprehensive in the United States. We learned about how the Commission is divided into the Law Enforcement Bureau and the Community Relations Bureau and got a brief introduction by the Commissioners about their respective branches. Each of them is working with and supporting a community in the city that is particularly vulnerable to human rights violations. We discussed how the federal system of the United States allows cities to implement their own policies, to a certain degree independently from the prevailing federal administration. For example, the city of New York participates in the campaign “Cities for CEDAW” (CEDAW is the UN Convention on the Elimination of all Forms of Discrimination Against Women) and strives to achieve the UN’s SDGs (Sustainable Development Goals) within the city. Aside from helping individuals who experienced discrimination, the Commission also aims at raising awareness among New Yorkers regarding their human rights and corresponding obligations. Education on as many levels as possible is a decisive factor in the Commission’s work, with the “educated voter” being the goal. The Commissioners emphasized how crucial it is for an effective human rights policy to meet the people where they are and to address them in their preferred languages – a legal regime alone, as comprehensive as it may be, is certainly not enough.

Today “the Squad” also visited the EU representation to the UN, which consists of 70 diplomats with diverse backgrounds fostering advancement of fresh views. The meeting with Chief of Staff and Head of Coordination, Press and Information of the Delegation of the European Union to the United Nations in New York Mr Gerton van den Akker offered insights concerning three broader fields: the coordination processes (“Tuesday Meetings” of national representatives in the EU’s office to coordinate responses to current world events), development policy (an area in which Mr van den Akker has particular personal experience), as well as the current relationship with the Trump Administration and the internal struggles the EU faces (Brexit) and the shifting approach towards multilateralism in general.

Especially in the international arena the EU is still perceived as a strange beast. Although this has been the case regarding the EU-US-relations for many years, the current Administration does not engage with the EU as whole – expressing disbelieve in multilateralism as a concept. On a more positive note UN Secretary General Guterres seemingly believes that the EU displays the sole centre of rationalism in the UN system. A special emphasis was made regarding the need for coordinated action within the “Tuesday Meetings” and how only coordinated action can make the EU as a player in the international arena visible and credible.

Mr van den Akker stressed the need of reforms towards more civil society engagement and questioned whether voting every four years does the trick. This democratisation reform needs to “happen quickly”. The EU may thus be in an internal crisis that has repercussions to its external actions.

An approach to a solution was suggested in the advertisement of ERASMUS for vocational training and the need for education about EU related topics with European focus in schools and universities. 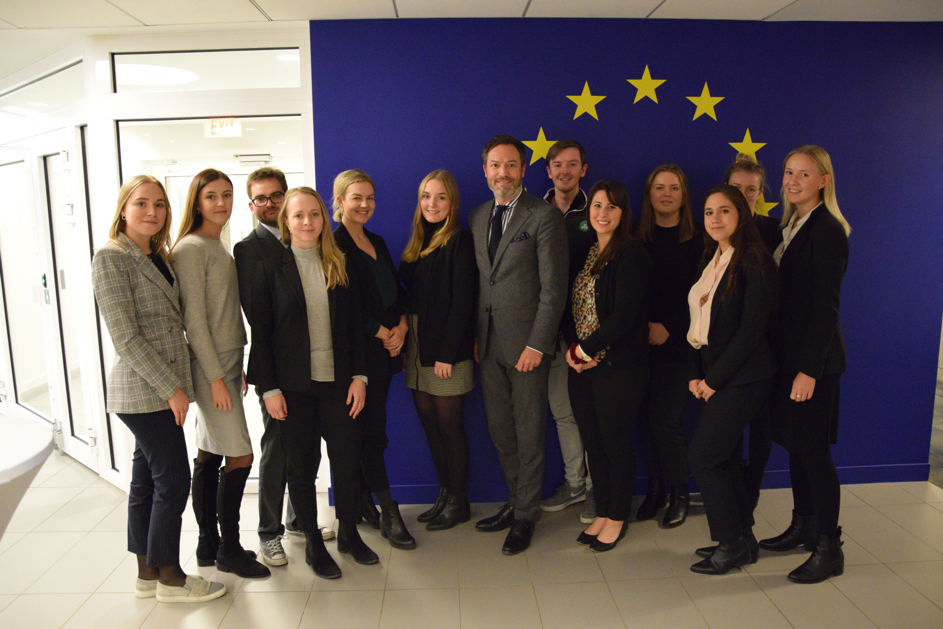 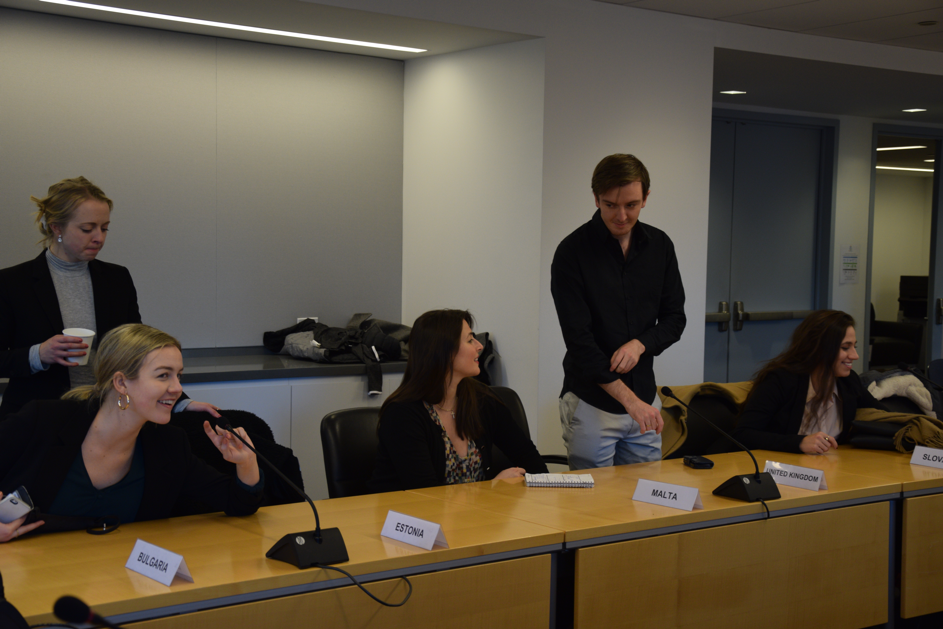