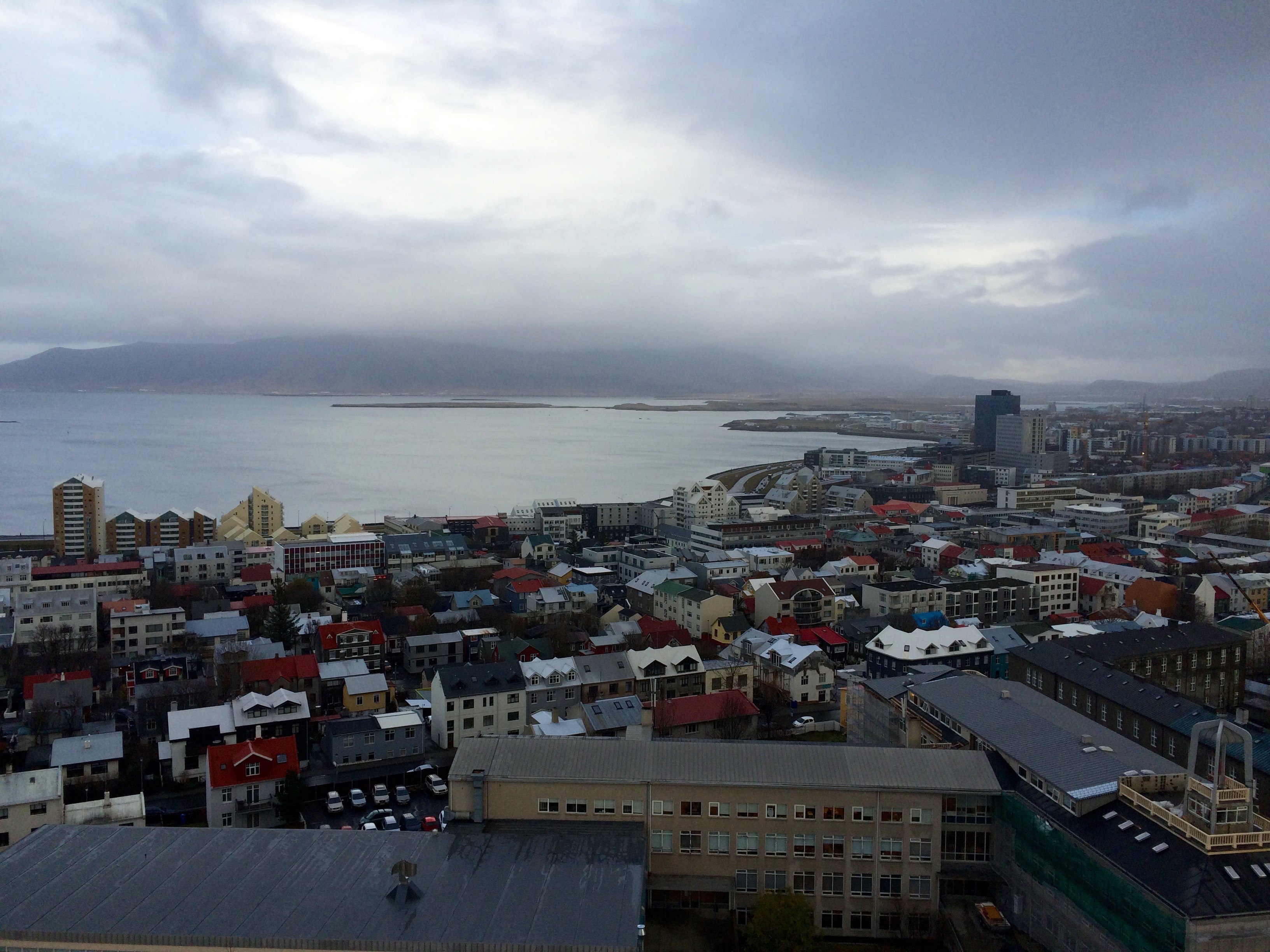 Today we got up early to start off the day with a nice Spanish omelette and scones which some of us threw together. The sturdy meal gave us a good start to the day, and soon we were off to our meetings.

The first thing on the schedule was a tour around the Parliament House “Alltinget”. We accidentally started the guiding with a quick detour into the social democrats meeting room, and a sneaky spy into the office of one of the Pirate party’s representatives – but after that we were off! Some of the things we learnt was that the entire square outside of the building had in 2009 been filled with people demonstrating the elimination of state monopoly on the selling of liquor, that there are 63 representatives in parliament, that the seating arrangement among them is chosen at random by picking of notes out of a box, and that an Icelandic politician very seldom raises her/his voice during a sitting.

Once finished at Parliament House we walked across the previously mentioned square, to meet up with Hanna Birna Kristiansdottir. Hanna is head of the committee of foreign affairs, previous minister of interior affairs and former mayor of Reykjavik. She answered all of our questions about gender equality, trust issues among the people, Iceland’s environmental policies, the financial crisis, the view upon joining the EU, and the opinion gaps between generations. We also discussed the ongoing refugee crisis. Although Iceland isn’t directly affected to the same level as many other European countries, due to reasons such as it not being the destination of choice to many, the topic is still a hot one. According to Hanna Birna the overall Icelandic view upon refugee welcoming is that it should be just that – welcoming.

After this it was time for an energy fill up and some quick sight seeing from the clock tower of the Lutheran church in the centre of town. Filled up with both food and a good birds view of the city, we headed off towards the next to-do.

This time around it was the department of foreign affairs that we were heading towards. Once there, and once, twice, thrice trying to read the Icelandic name of the department. We entered to meet Urdur Gunnarsdottir, head of PR. Urdur both told us more about the points discussed with Hanna Birna Kristiansdottir a couple of hours earlier as well as helped us broaden our understanding of the Icelandic foreign affairs specifically. One aspect of it she likened to branding. Springing from a discussion of what modern diplomatic relations are really like, she said that modern diplomacy is not just communication in between governments, but rather also between a government and all who will listen – including facebook users, Instagram addicts, and Twitter actives. Further she also shared with us knowings such as that almost half of the departments budget goes towards development work, that the Icelandic heart beats an extra beat for other smaller states, and that they have a standing trade agreement with China.

On our way out we again tried to read the Icelandic name of the department, and then filled the rest of the day with shopping, window shopping, fika-ing, munching on home made pizza and game playing.