Tuesday the 9th of April – Exploring Georgia by bus; Mtskheta, Gori and Uplistsikhe

Unfortunately, we could not meet anyone on Tuesday, as it marked a national holiday in Georgia. The holiday commemorates 9th April 1989, when the Soviet Army fired on anti-Soviet demonstrators in Tbilisi, killing 21 and injuring hundreds. We decided to make the best of a bad situation by getting out of Tbilisi and taking a tour of other parts of Georgia.

Our first destination was Mtskheta, an ancient capital of Georgia. Titled a UNESCO world heritage site in 1994, the city plays host to vendors of food and local goods, as well as the awe inspiring Svetitskhoveli church. The sun was out and we were grateful to stretch our legs after a while in the minibus. Our tour guide let us run free, and after a feast of bean khachapuri and pomegranate juice, we sat in the sun and attempted to take in our surroundings! We were quickly ushered off, for taking up too much floor space. Our faces were put on plates and we climbed back into the bus.

Next stop on our tour was Gori, whose claim-to-fame is that is is the birthplace of Stalin. Yes, that one. So of course, we took a look around the Stalin Museum, learning the story of how he rose to power. Highlights include Stalin’s uniform, private train and death mask, and even the house he was born in.

Final stop! A gigantic rock-hewn mountaintop complex called Uplistsikhe. The town was one of the oldest settlements in Georgia and has served a variety of functions throughout the centuries. Sadly, Uplistsikhe used to be much bigger, but a lot of it was destroyed by an earthquake in the 1920s. Nevertheless, what remains is still interesting, with the mountain offering great views of the surrounding area.

As we headed back into the city, we prepared for what I would call one of the highlights of our trip: the Georgian baths. After a rushed dinner and some failed attempt at Russian directions to the taxi driver, we finally drove up to Tbilisi’s blue bath house at around 9:30. It turned out we weren’t allowed in for another hour but were finally shown to our private suite and bar. The baths consisted of a body of water at 40 degrees celsius, a cold plunge pool, a sauna and steam room, and a soapy body scrub massage. This was a pretty funny way to bond on only our second day, but we were all slapped around with soapy water and had all our skin stripped off. I’ve never felt so incredible. And this marked the end of our fabulous Tuesday! 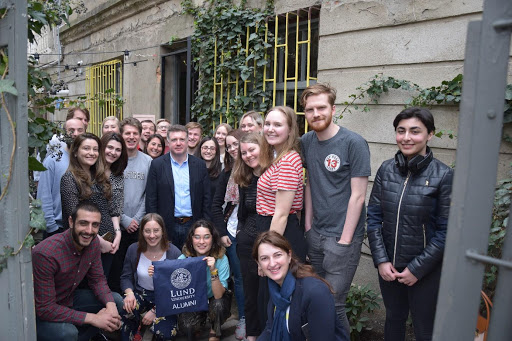 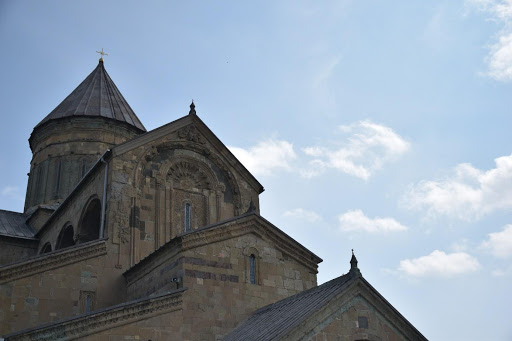 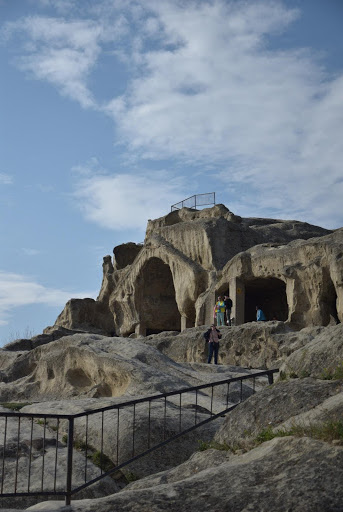 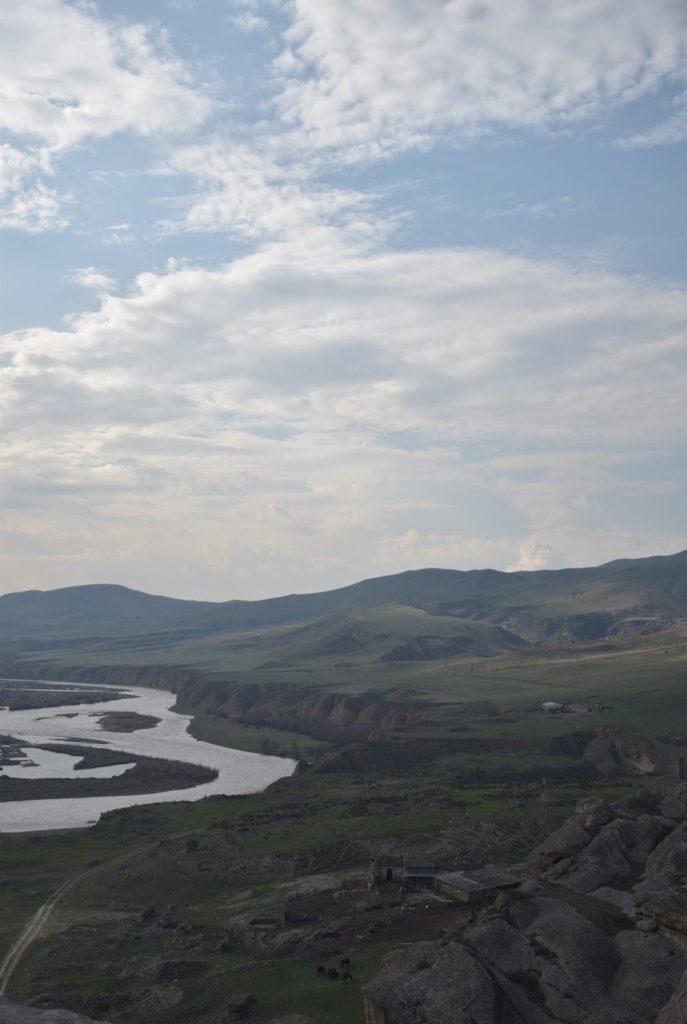 Great view from the top of the hill at Uplistsikhe.