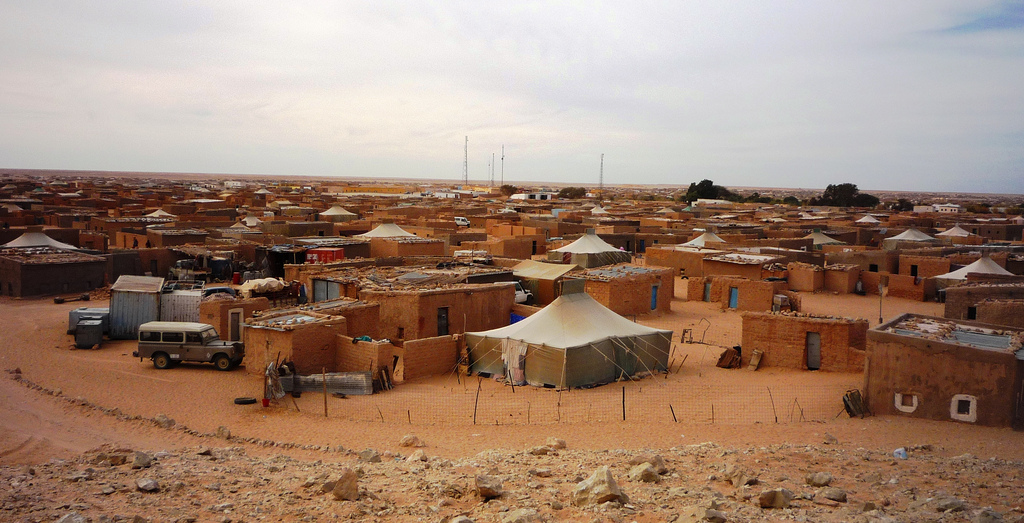 Several tens of thousands of Sahrawi people have been forced to flee Western Sahara due to the conflict. Many of them have lived in refugee camps in neighbouring countries such as Algeria for several decades. Source: European Commission DG ECHO, Flickr.

On Monday the Travel Committee came together to watch a documentary about Western Sahara, “Sons of the Clouds: The Last Colony”. As the plans for our trip slowly came together during the past few weeks, the committee has been busy and worked hard to make sure we make the most out of the trip. Sitting down in with a film and some popcorn on rainy day was definitely a nice way to relax, but it was of course not the main purpose of the evening.

However excited we now are to finally head off to Morocco and Rabat, visit organizations there and learn more about the country, we also knew the importance of getting acquainted with the controversial and saddening issue that has put Morocco in the spotlight on several occasions: the territory of Western Sahara. As it is a rather tabu subject in Morocco, it became clear that we will unfortunately not be able to learn much about it once we’re there. With all this in mind, gaining a critical perspective as representatives of UPF is important before we make the trip. 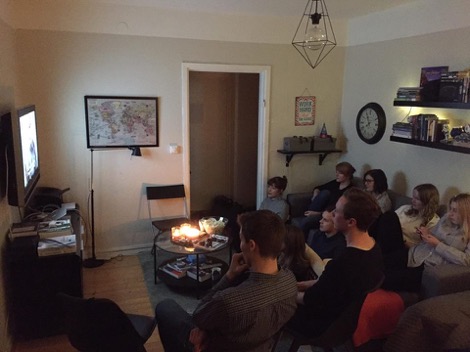 The topic has actually not gained much attention on the international level, which is curious as it is a nearly 50-year long story of violence, displacement and poverty. As we watched the film it became clear that the issue, being of a larger scale than might appear, has been rather overlooked in the mainstream debate. This was one of the main reasons for the documentary to be created in the first place, and the international actor and producer of the film, Javier Bardem, was determined to bring the problem to attention. The documentary provided a series of interviews with important political figures, showing a range of reactions and input, from recognition of the problem, to denial of it, to one politician – when asked about Western Sahara – making up the excuse that “he had somewhere else to be”, while having an innocent look on his face. It was a rather amusing moment in a film about such a difficult subject, but it really showed on the diplomatic fragility of the situation. It wasn’t difficult to see that people simply did not want to talk about it. And there we were with a mix of emotions, curious and knowing that we will likely not be told on the subject.

When the end credits arrived we took a moment to reflect and jumped straight into discussion. It was obvious we had all learned something new about the conflict, whether or not we had prior knowledge of it. It seemed that we were all a bit baffled at the scale of the issue and the lack of attention it has received, and it made us all curious about how the situation will unfold. Hopefully though, visiting Rabat and the various organizations will give us an opportunity to broaden our perspective. If not, we will nevertheless continue to discuss and learn more about it once we get back.

The documentary “Sons of the Clouds: The Last Colony” can be found on vimeo.com

This post was written by Michal, member of the Travel Committee.