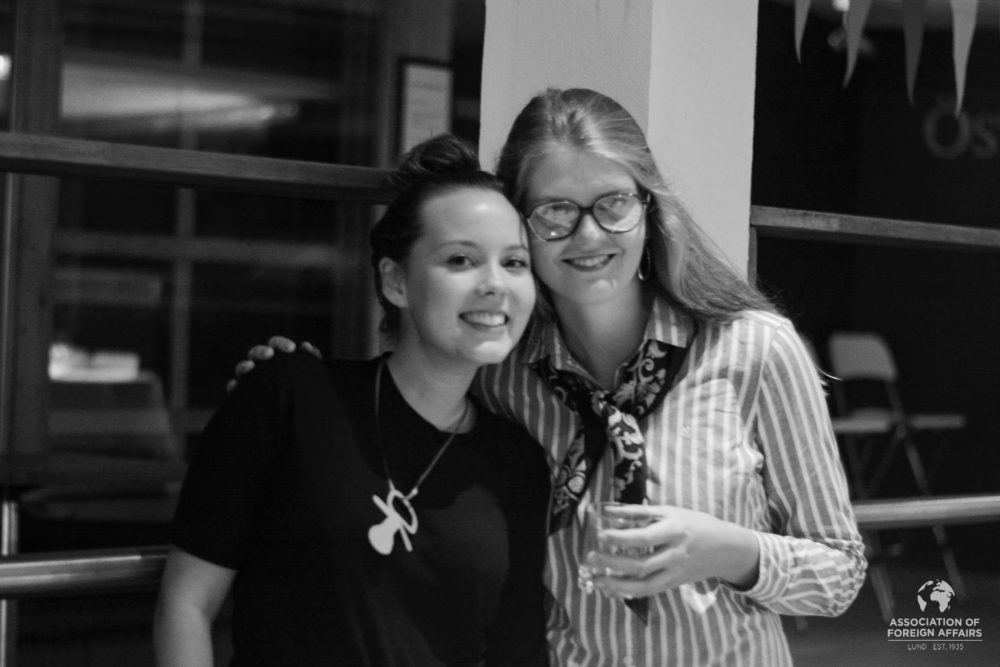 The first sittning of the year is always a challenge – a mixture of high expectations, pressure and lots of new members. We weren’t sure how many would want to participate, so initially we only released 60 tickets, which sold out within the first few days. Wow, we thought! Amazing! Within another day or so, nearly 100 tickets were sold!

After the first committee meeting of the year we were happy about having so many new and keen members, excited to help out arranging the sittning. In the end they were crucial for the success of the event!

After days of brainstorming and planning it was finally the day. We were all excited and had our outfits prepared. We were on our way to the UPF office in the AF building where we had failed to realize a ball was taking place at the same time, and we were not let in. Just imagine the scene: a long line of beautiful and elegant people and then a teenage punk rocker (Johanna) an a weird prom queen (Jessica) trying to be diplomatic with the bouncer without any success. What would we do without the seating arrangements, the songbooks and the decorations? In despair we called Kajsa, the President of the association, to find out there was another way in. Phew! The evening was saved!

“Sometimes I feel like he’s such a baby!” she whispered to her friend…

The atmosphere at the sittning reminded us of the best part of being in UPF: different nationalities, ideas and academic background mixing together and having a good time. Songs were sung, wine bottles were emptied and ideas, thoughts and jokes were exchanged. And the outfits? Well, they were a mix of baby boys/girls and old grannies (and everything in between).

In the end though, it doesn’t matter how much you plan; it is the people attending that matters, and you all made it a great success! Thank you all for participating and hopefully we will see you again on the 4th of November when the next sittning is taking place.

This post was written by Johanna Caminati Engström and Jessica Nilsson, heads of activity. To find out more about the activity committee, click here.