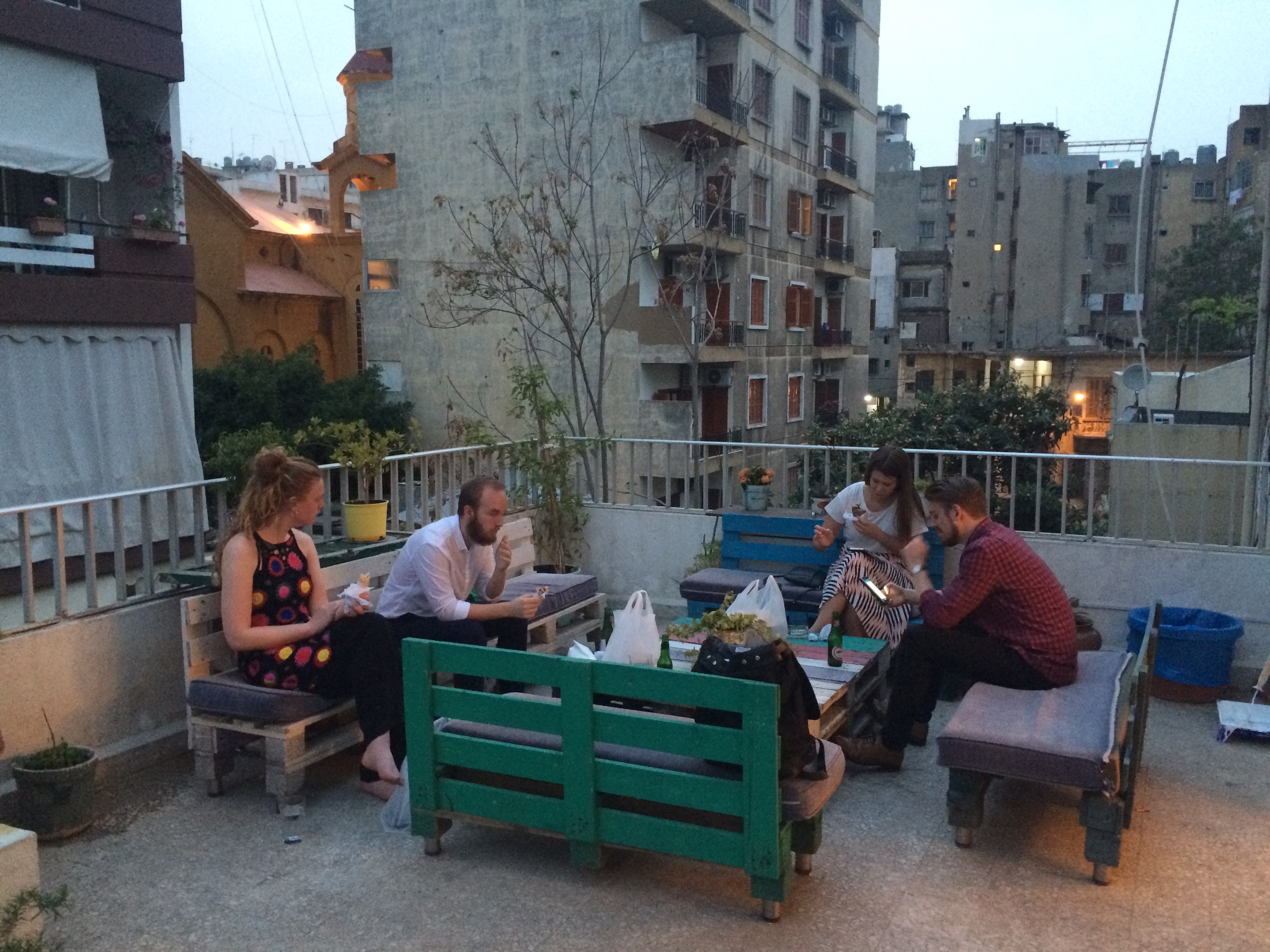 The first activity of the day was a walking tour, where we hit the National Museum of Beirut, several churches, mosques and the downtown area. The city centre of Beirut is a constant reminder of the country’s troubled past, bullet-ridden apartment buildings mixed with modern business complexes. Our guide shared stories from the civil war, the assassination of key personalities from the Lebanese society in 2006 and the Ottoman rule of Lebanon. Lebanon, and in fact the entire middle east, is an example of how to truly understand a conflict you need to understand the history behind it.

In the afternoon we had a meeting with Helem; an NGO working on the legal and social rights of LGBT-people in Lebanon. They aim to offer psychological and legal support for those who have been exposed to physical violence and other cases of homophobic or transphobic harassment. When listening to the personal experiences of Helem-members, it becomes clear how gender and sexual orientation can mean severe vulnerability in Lebanon. Helem’s actions aim to target article 534 in the Lebanese law, which criminates any sexual relations “that contradict the laws of nature”. As the law is open for wide interpretation, it can be abused by the police and thereby legitimize the detention and harassment of HBTQ-people. Nevertheless, Helem has played a major part in the development of LGBT-rights in Lebanon during the last decade, for example by organising public demonstrations and highlighting the use of violence by the police.