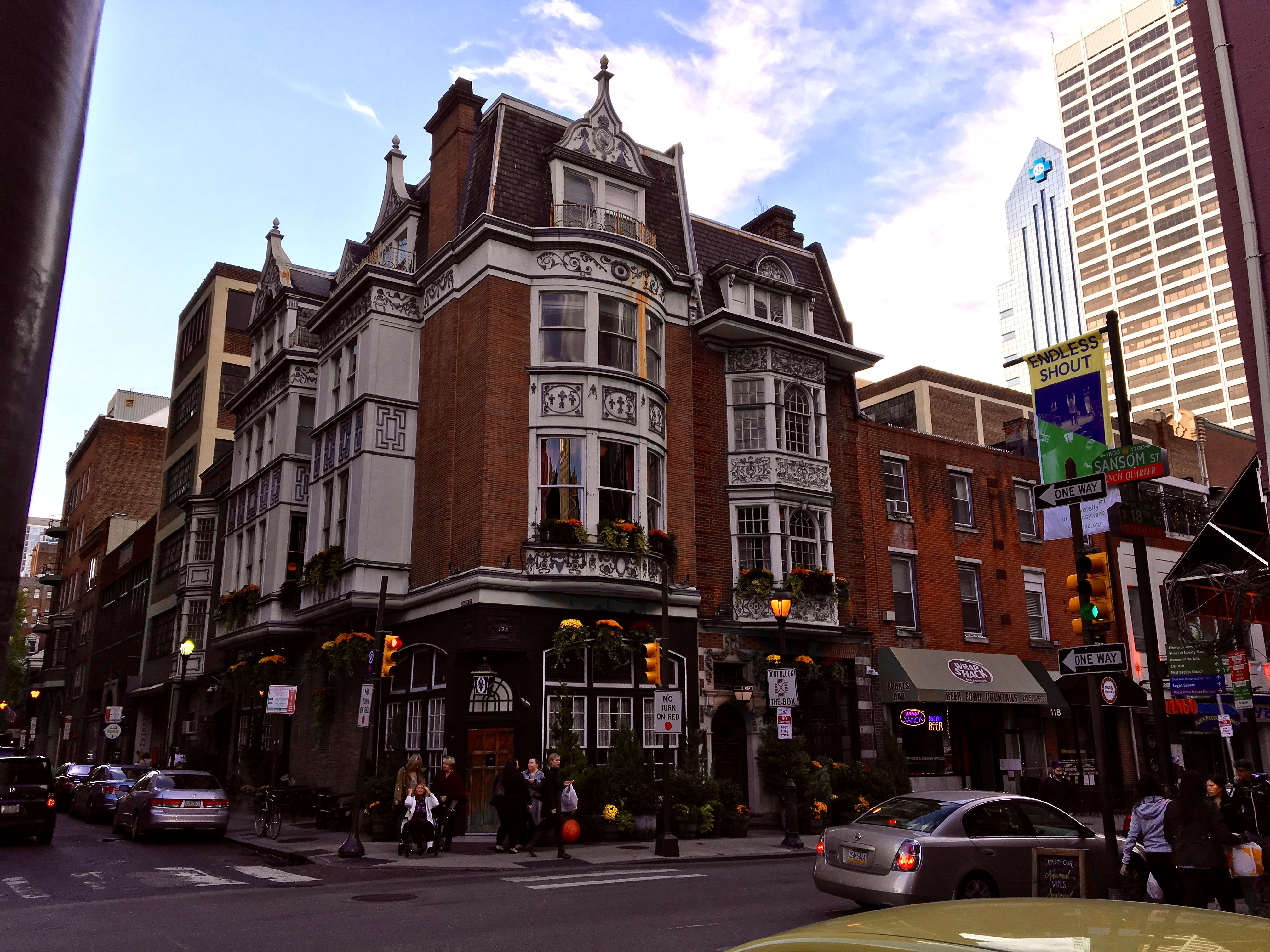 With the Atlatinc usually separating us from the action the three and a half hours between Washington DC and Philadelphia felt like a very short distance. Almost all of us decided to spend our Saturday going to see a presidential candidate, Hillary Clinton, in person.

After an afternoon strolling through Philadelphia, having a quick peak at the Liberty Bell and dinner near University of Pennsylvania, we made ourselves over to Penn Park. A queue of people of all ages snaked around corners and it all had a almost giddy atmosphere of a concert. The similarities continued with all bags being checked for liquids, umbrellas and throw-able objects. When joining the crowd the majority of younger visitors was made clear, both die hard fans and the curious students getting a night of free entertainment.

Having only seen elections in Sweden I’m used to seeing little booths at town squares promoting a party and platform. Now no one following the american election can miss the personification it includes. It was still, despite knowing all this, weird seeing Hillary Clinton’s face smile down from dozens of big badges being sold to the queuing audience and signs with out a word of substance beyond the very generic ”stronger together”. In this race of individuals we’ve seen gender become extra important. For better or worse. The importance or impropriety of a woman in command become strong reasons in themselves on who to vote for, or whether to vote at all.

After a forty minute delay in the chilly evening they appeared on stage. Hillary Clinton and Tim Kaine. Many times during this campaigning she’s called shrill and loud but when she took the mic we saw statesmanship and calm competence. 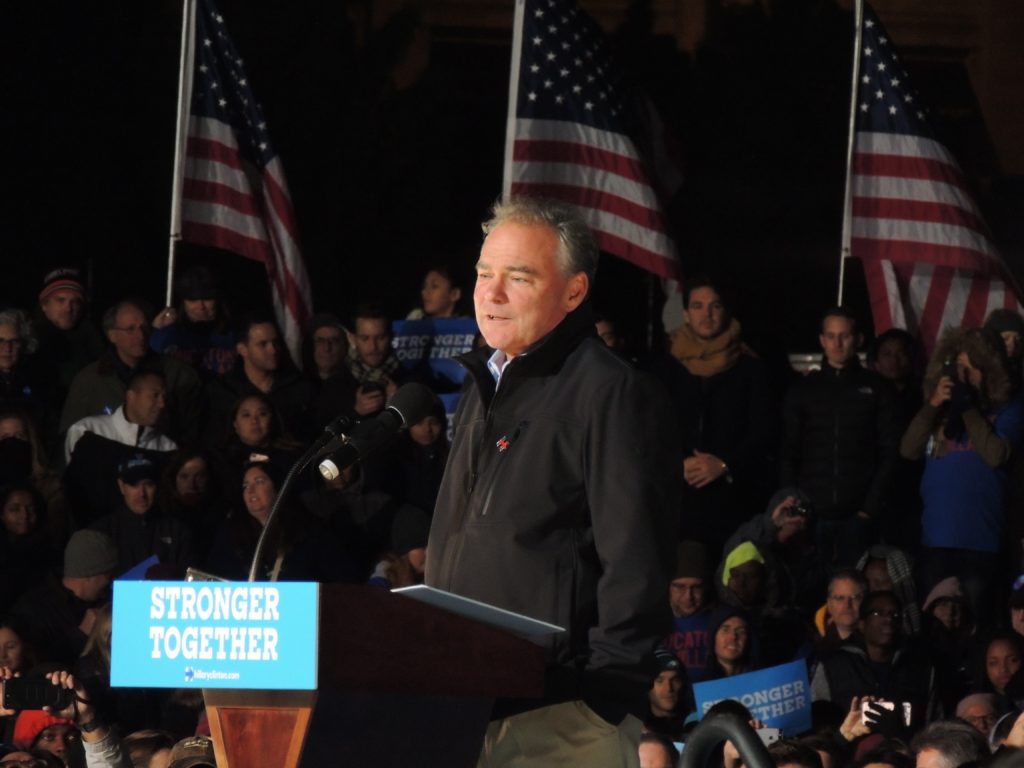 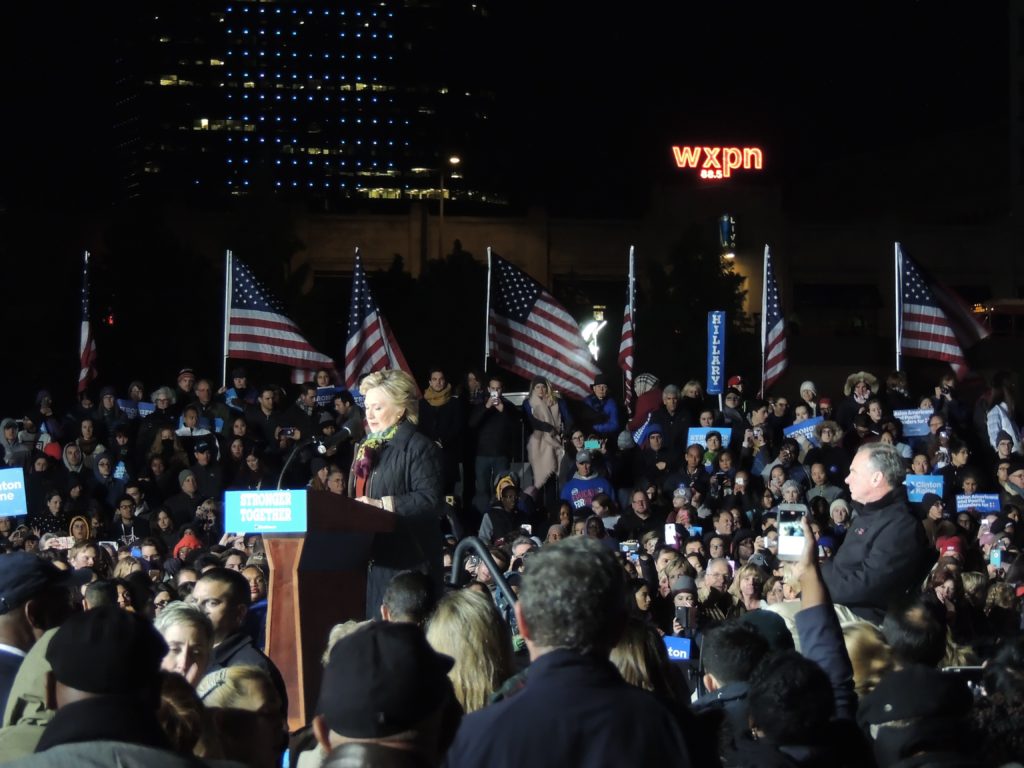 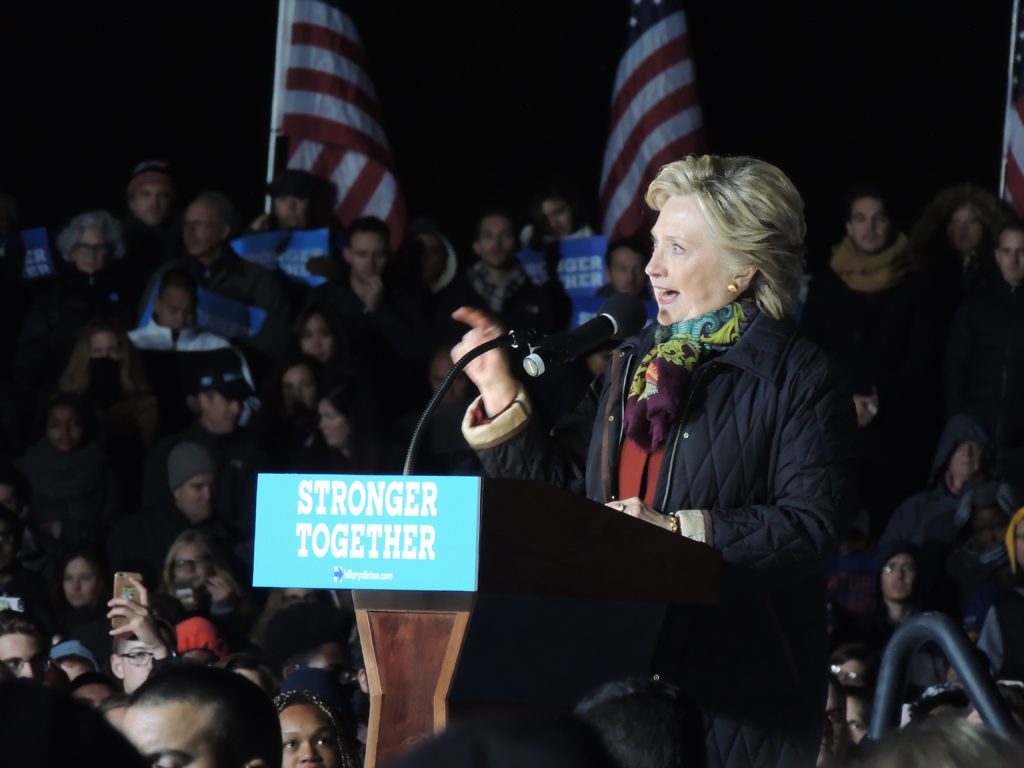 Before and during our time in Washington Clinton has pulled ahead in the polls. Several of the people we’ve talked to here in the US worry more about Democrats becoming to comfortable to go to the polls than rising support for Trump. One might wonder if any other race would leave Clinton so comfortable? If a more agreeable, less sexist and less racist candidate would get the middle voters and leave the first female candidate for President defeated? It seems that many, both men and women, seem less willing to carry the pressure of high heels. It is of course both sad and terrifying if a woman who has been called the most competent candidate for president in the history of the United States of America has to face someone as inexperienced and unprofessional as trump to get a steady chance of winning.

In the end Clinton talked about her usual subjects and had some gibes at Donald Trump, especially his threat of not accepting the results of the elections, should he lose. This has been a recurring topic in American news since the third debate on out first night here. Clinton pointed out that she has lost before and even though it’s not fun you still accept it. Both Clinton and Kaine spoke of republican Pat Toomeys (Pennsylvanian senator) lack of distancing from Trump and spoke highly of Katie McGinty (who also spoke at the rally) who is running against him in the the election for one of the states senate seats. The importance of Pennsylvania as a swing state was also mentioned with Tim Kaine stating that if they win Pennsylvania, they’ve won the election.

Unfortunately we had to run to the train and missed the last minutes of Clinton’s speech but the cheers after could be heard as we passed above the park on our way to the station. Sitting out of breath and tired in the train seats we were all I think, at bit in awe and it did feel like we’d just seen a rock star perform her greatest hits. 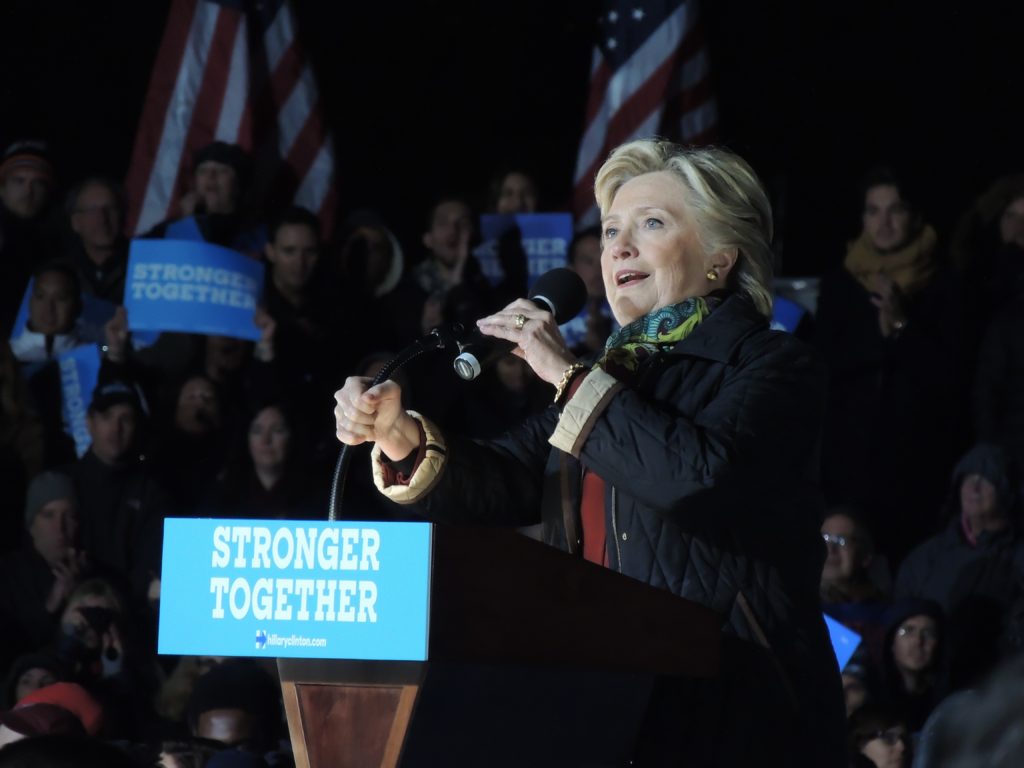 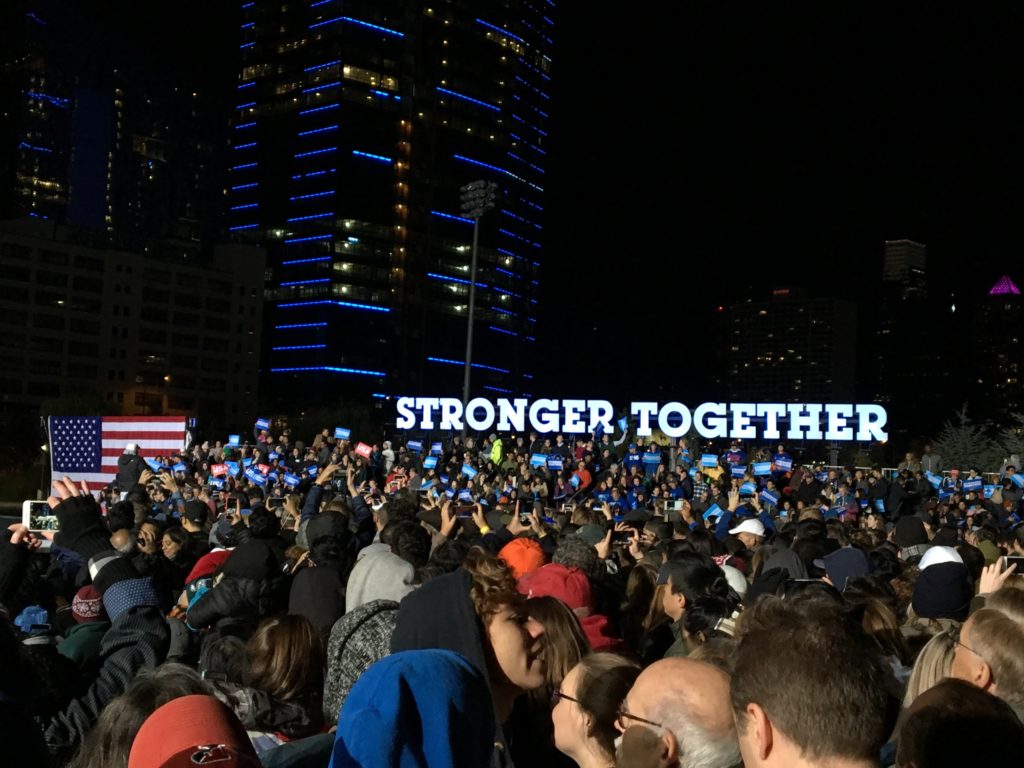 This post was written by Ebba, member of the Travel Committee and Head of Radio.